“I’m unemployed.” So says The Dude to the young cop in the Coen brothers classic The Big Lebowski.

Well man, there’s a new Dude in town and this one’s got employment and entrepreneurs very much on his mind.

Lord Young is not Lord Dude; it’s plain and simple, he is The Dude. It’s no mere adjective. That’s what they call him in Downing Street and it’s how we’ve come to know him on the StartUp Britain campaign.

I think his movie namesake would approve. Upon being asked about his name he says, “I’m the Dude, so that’s what you call me. Or maybe His Dudeness, or Duder, or El Duderino if you’re not into the whole brevity thing.”

Brevity is a common bond. For The Downing Street Dude is in a hurry. Last week, he issued a call out to Britain to help aspirant young entrepreneurs by putting expressions of interest together to help administer the new Start Up Loans fund to under 25s across England.

If you’ve got a good idea, this fund will soon be backing you to the tune of £2,500. It’s a great initiative. We’ve all become accustomed to the idea of Student Loans. But what if you want to get going with your new business idea instead? From May 28, you’ll have more choice in answering that question.

I spent a lot of time putting money together to launch the business I co-founded. In the event, we needed £5,000 to get it going, a fraction of what we thought we required. Don’t get me wrong, having a reserve is a great thing, but if you want to go for it the barriers to entry for the vast majority of us are a great deal less than we might think.

“Your Country Needs You” was the call to action of another ennobled Dude of his time, Lord Kitchener. Then it was a message to march to war. Today that message is about the urgent need for more of us to march into business.

Lord Young made the point last week that “Today we have 4.5 million small firms in the UK and 4.1 million self employed people. The UK is the most entrepreneurial nation in Europe but it still lags behind the US. If we had the same rate of entrepreneurship in the UK, we would have 900,000 more firms than we currently have.”

We have an ambition gap in Britain and we need to close it. Enterprise UK research showed that 50 per cent of people in Britain dream of starting a business but only 5.8 per cent actually go for it. The challenge is to turn dreamers into doers.

Doing is crucial. Productivity growth has averaged an annual -0.8 per cent since the recession began, two to three per cent less than the norm after previous recessions, Capital Economics calculates.

But where does the fight back start? In the book The Tipping Point, Malcolm Gladwell makes the compelling case that in the right conditions relatively small changes can make massive differences.

Central to this is what he calls “The Law of the Few,” that, “The success of any kind of social epidemic is heavily dependent on the involvement of people with a particular and rare set of social gifts.”

Britain’s few are its stock of entrepreneurs. We need them to become the many, as they are a vital part of Britain’s fight back prospects if we are to make the shift from recession to recovery.

As I see it, the startup loans are a tipping point moment, part of a rewiring of the nations DNA delivered by the new blood of business. If we get it right it could be an entrepreneur revolution every bit as important and transformational to the UK today as the industrial revolution was to the Victorians.

It’s about empowering the individual with the choice to go for it and the courage to confront risk. It’s an enduring urge beautifully expressed by Ayn Rand when she wrote that, “throughout the centuries there were men who took first steps down new roads armed with nothing but their own vision.”

It’s a tipping point that rests on unleashing a new generation who tread life’s path not as job seekers but as job creators. It means disruptive revolutionaries rather than deferential employees. It requires a nationwide surge of ambition and energy to whip up a storm of start-ups to transform our society.

He’s somewhat more sartorially splendid than his silver screen namesake but make no mistake Lord Young is one revolutionary dude whose time has come. 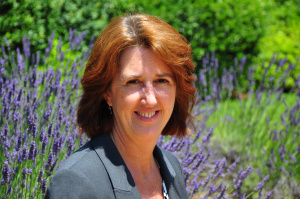 Diane Bouzebiba: Having the job of your dreams