In my previous article, I outlined the proposed new criminal offence of failing to declare overseas income. Today I want to explain why it matters. I have no sympathy with tax criminals. The problem though is that normally it is not possible to accidentally commit a crime. It requires “mens rea”, ie that the perpetrator knows that what he is doing is against the law but he nevertheless deliberately does it.

It is this that HMRC say causes them problems. If I deposit money overseas and do not declare the interest, I can come up with lots of excuses; I forgot about it, I didn’t realise it was taxable in the UK, I didn’t know that it was income, I didn’t think I was a UK tax resident, when I invested the money I was told the interest was not taxable and did not realise the advisor simply meant not taxable in the US or wherever. Those are all potential ‘Get out of Jail’ cards. How can HMRC disprove what I say? Well, over the years they seem to have had quite a lot of success in prosecuting people for tax evasion despite the possibility of their raising such an excuse.

But that is not my objection. My objection is that in many cases all of the above excuses can be real. In such real situations the taxpayer is not a criminal. He may be forgetful or naïve or unaware of the intricacies of the tax system, particularly the concepts of residence and domicile. It is unreasonable to label him a criminal solely on the basis of his forgetfulness or ignorance. The tax layman does not have a chance of understanding the complex areas of tax, even if he tries his best to do so.

Of course the chances of the director of public prosecutions actually prosecuting someone for overlooking a bit of income or not understanding how the detailed 65 pages of the statutory residence test affect him is fairly remote. But that is not the point. It is committing the crime that makes a person a criminal, not being found guilty of it. If the individual later fills in a form to get a new job and the form asks if he has ever committed a criminal offence, it would be fraud to answer “No”.

So who might this new breed of criminals embrace? Do people really put money on bank deposits and forget about it when doing their tax returns? My experience is, “Yes, quite often”. People move money about trying to maximise the return, particularly in times of low interest rates. When doing your tax return many months later, it is quite easy to overlook an account, particularly one that was opened fairly late in the tax year and memory tricks you into thinking it was opened in the following year. Remembering the account but declaring the wrong figure, perhaps adding up 12 monthly interest receipts inaccurately, will also trigger the criminal offence in the same way as overlooking the account completely.

So what about ignorance? Here’s a little test. If the rules make me resident if I spend more than 90 days in the UK, but they say I can ignore days in which I am here because of exceptional circumstances beyond my control provided that I intend to leave once those circumstances permit, and I am here for 92 days because a two-day train strike prevents me getting to the airport, is that an exceptional circumstance? I don’t myself know! I can take a view, but it is not until I put in my tax return that I can know if HMRC accept my view. If they don’t, I will have become a criminal for not having declared my overseas income.

Suppose I am non-UK domiciled. The tax rules say that I don’t have to declare my overseas income if I leave it overseas and have been resident here for less than seven tax years. Part of a year counts as a year for this purpose. I first came to the UK in January 2011. I stayed for six weeks, bought a house here and then went home again. I came back in July 2011 and have lived here ever since. Was I UK resident for part of 2010/11? I don’t think so, but again if HMRC disagree, I will become a criminal.

Suppose I am the life tenant of a trust in Canada created by my sister. The trustees invest the funds in corporate bonds. When I ask them if I have any income from the trust, they answer, “No”. Unfortunately there is something called the Accrued Income Scheme which deems part of their capital gains to be my income. As they are Canadian, they cannot be expected to know about this, but they have unwittingly made me a criminal. Suppose I do not know about the trust. My sister thinks I will squander the income if she gives it to me, so she has told the trustees not to tell me about it. I’m still a criminal.

This is a bad law! The government should think again!

Robert Maas is a consultant at CBW Tax, chairman of the ICAEW Tax Faculty’s Enquiries and Appeals Subcommittee and author of ‘Guide to Taxpayer Rights and HMRC Powers’. 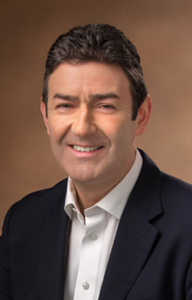 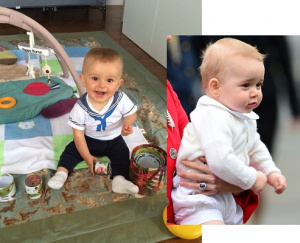