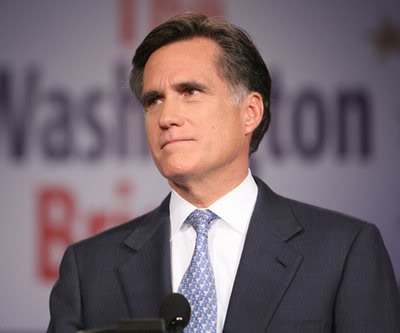 In a superpower nation wracked by economic self-doubt, he won the economic debate hands down. His stellar career in business gave him the credentials to turn around a country blighted by unemployment and haemorraging industry to the developing world. His opponent was widely seen, in those emerging nations, as a soft touch.

And yet Mitt Romney lost the US presidential election by a whopping margin. What’s going on? Wasn’t President Clinton’s “It’s the Economy, Stupid” meant to be the unanswerable war cry of any presidential campaign? How, to be blunt, did Romney blow it? The simple reason is: hope. For all Romney’s awesome track record at Bain Capital of acquiring, reshaping and divesting businesses, he’s still not seen as a positive force. Steeped in turning around businesses, he does not speak the language of growth and of hope. The US public associate him with financial engineering rather than the creation of new markets. Chancellor George Osborne is cast in a similar role. In their heart of hearts, few people can argue with the “austerity” agenda. The UK has a fundamentally inefficient economy: too much public and private debt; a swollen public sector.  Yet Osborne cannot find the words, nay the vision, to spell out the task in positive terms. Instead, he’s seen as a dark, destructive force. Even a Labour party with its dubious recent economic record seems like a preferable choice. Osborne consistently misses the opportunity to accentuate the positives. Every time a critic talks of “public sector spending cuts”, he should retort that Britain is at the forefront of the shift to online delivery of public services, which will, in time, be an exportable national asset. (Okay, Norway is probably really at the cutting edge, but the UK does have some good examples, such as the DVLA.) The same argument applies to the health service where, in organisations such as Circle Healthcare or the Benenden Healthcare Society, the UK has models for healthcare delivery that could become global exemplars. If people start talking about the death of manufacturing and the closure of Ford in Southampton, our government should talk of the revival of Jaguar Land Rover and the awesome quality of our niche automotive sector – we practically own Formula 1, for heaven’s sake. As for retail closures, respond that the UK is creating many next-generation online and offline retailers. ASOS and Burberry may not front shops on your local high street, but  they’re conquering new worlds and new markets, which is creating jobs, wealth and refreshing brand Britain. There’s no getting away from the realities. In comparison to the high-growth markets of Asia and Latin America, our economy is sluggish (though the way the data is collected is probably itself rather “legacy”, as Lord Young hs suggested). But let’s stop talking like technocrats and turnaround managers, and start speaking like new empire-builders.  Hope sells.