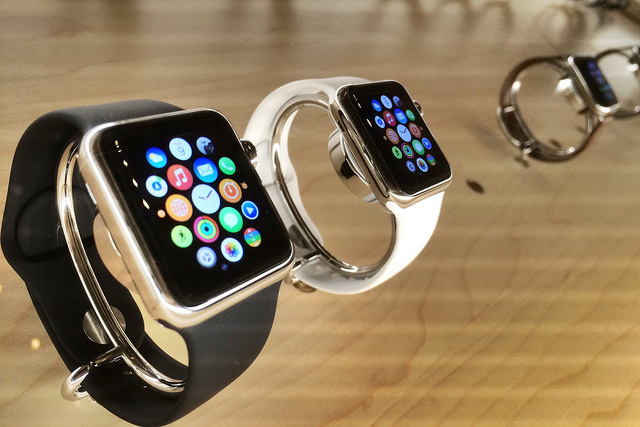 The “Hype or Ripe” study revealed that 70 per cent of marketers believe wearables and smart watches are more hype than substance.

According to Forrester principal analyst JP Gownder, wearable technology is set to become significant. However, he believes that the wearables market is suffering from a hype bubble. “Consider that the internet itself suffered from a hype bubble in 1999, and yet the internet turned out to be just as important as people had imagined,” he said. Gownder suggested the same will happen with wearable technology. In a survey commissioned by Forrester, when asked what sort of devices consumers would consider suitable for wearing, 29 per cent said they would like to be able to attach devices to their wrists and 28 per cent indicated they would like devices incorporated into their watches. Some 18 per cent were happy for such devices to be attached to their shoes, 15 per cent to clothing and 12 per cent were happy for devices that mimicked jewellery and headphones.  Gownder is convinced the research highlights that it is only a matter of time before wearable technology becomes commonplace. Wearable devices will change the way workers do their jobs and how consumers manage their lives, he said, but added that the market remains at a nascent stage. Of course, in April 2015 Andy Richter showed his Apple Watch and its capabilities on US show Conan, leaving the host convinced that the watch was useless. Incidents such as this surely don’t help. According to its research, Greenlight believes twice as many marketers think that wearables are overhyped in comparison to cryptocurrencies such as Bitcoin. This was echoed by the latest Payments Innovation Jury Report, which explained that, despite Coinbase raising $75m in what is believed to be the largest ever funding round for a Bitcoin-related company, cryptocurrencies will not become a viable alternative to “fiat currencies” in the foreseeable future.  Mobile wallets were dismissed as “a hammer in search of a nail, due to lack of consumer interest”. In terms of Apple Pay, the research claimed it was not adding further value as it did not capture any transactional data.  Read more about digital currency: David Furlonger, vice president and Fellow at Gartner, agreed that Bitcoin was overhyped, but that it evidences something more fundamental – a shift in the notion of how value is calculated and how value is transferred between entities. Greenlight is far from finished when it comes to listing overhyped technology. It found that 27 per cent of marketers think virtual reality (VR) and beacons (24 per cent) cannot live up to the hype, while one in five aren’t convinced by augmented reality (AR). Admittedly, one can understand their hesitance given the hype around VR in 1992.  In the video below, it’s touted as the next big trend, yet the vast majority of us are still waiting for the technology to fall into our laps. As for beacon technologies, Miya Knights, senior research analyst of IDC Retail Insights, said: “Customers have to go through the rigmarole of downloading apps, accepting permissions and so on. It’s too hard.” She noted that instead of being geared towards retail, such technology would currently be better suited in roles such as stock control and point of sale systems. And Mikael Karlsson, mobile marketing manager for Volvo, described AR as “a marketing gimmick”. He said: “I’m not a big fan of AR. It’s a great installation within retail stores, but I don’t think we’re there yet.”  With Facebook mulling over plans to make it easier for brands to contact consumers via its Whatsapp service, it’s not surprising that mobile messaging apps are viewed as being most ripe for investment. Some 28 per cent of marketers plan to experiment with mobile messaging in 2015. Live streaming apps like Meerkat and Persicope are also proving popular, bolstered by high-profile campaigns from brands like Spotify and DKNY, and celebrity fans such as Madonna and Jamie Oliver. Greenlight found that peer pressure plays a major role in marketers’ decision to embrace new technologies. A third of marketers are influenced by what competitors are doing (34 per cent), while a further 33 per cent pointed to the example set by major brands.  Commenting on the study, Andreas Pouros, Greenlight’s COO and founder, said: “It’s easy to be dazzled by the industry buzz around shiny new playthings like the Apple Watch or Oculus Rift, however our research suggests that marketers are increasingly reluctant to drink the kool-aid. Hardened by past mistakes, we are seeing marketers take a wait-and-see approach to new technologies and platforms before making an investment.  “The live-streaming market is a classic example. As the battle for market share between Meerkat and Periscope heats up, we could see some marketers get burnt if they back the wrong horse. As ways, our advice is to invest in technologies that are proven to deliver ROI.” Read more about technology: In argument, analysts have suggested that investors are right to be aware of hype bubbles, but that hype, in turn, causes products or services to go mainstream. Jackie Fenn, vice president of Gartner, claimed that products that were hyped by the media often fail if they don’t deliver the expected results. Yet if the technology truly holds promise, Fenn said, it usually doesn’t die. Somewhere, in a tinkerer’s garage or a well-funded lab insulated from market pressures, engineers continue to work on it. They learn from mistakes and gain a more realistic perception of the technology’s strengths and limitations.  Eventually, the idea resurfaces and achieves mainstream acceptance. Fenn calls it “the hype cycle”.  By Shané Schutte