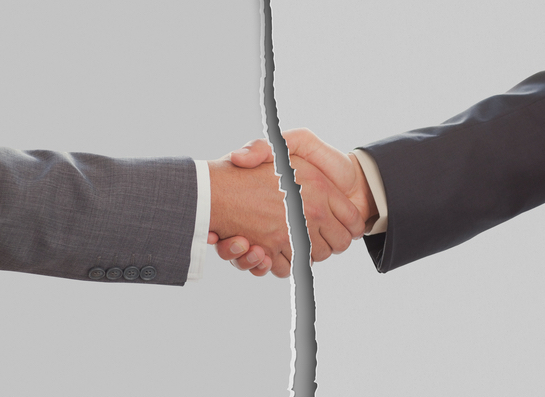 Public merger and acquisition (M&A) deals, like RIT’s deal with Alliance, are heavily regulated by the City Code on Takeovers and Mergers (the Code) and follow a similar structure each time. Before bidding for a target company, the buyer will undergo an extensive due diligence process, reviewing any publicly-available information together with any information disclosed privately by the target.

The buyer then needs to consider the structure of the deal and may decide to simply make a contractual offer to the shareholders to buy their shares. Alternatively, the buyer may use a scheme of arrangement, a court-approved process binding all shareholders and resulting in the transfer of the shares to the new owner. Secrecy is a fundamental principle of the Code. Before the announcement of an offer or potential offer, anyone in possession of confidential information regarding an offer must treat it as secret. If information is leaked and the target company becomes the subject of rumour and speculation, or experiences an untoward movement in its share price, the Takeover Panel may require an announcement identifying the bidder. The announcement triggers a 28 day “put up or shut up” period, during which the buyer must either announce a firm intention to make an offer or formally withdraw. In the latter case, the buyer is prohibited from making an approach for a further six months. This rule is one of the major challenges facing buyers in public M&A deals and, as a result, buyers generally front-load their due diligence to ensure they are as prepared as possible before the “put up or shut up” period begins. Although restricting the timescale can help to limit uncertainty and effect on share prices, if the deal collapses, wasted costs and disruption to the businesses involved can be substantial. Read more about the world of M&A: Private M&A deals, on the other hand, are subject to much fewer legal restrictions and regulations. The steps involved in a private transaction are generally agreed between the parties themselves. Typically, the transaction will begin either with the buyer approaching the sellers of the target company or the sellers approaching potential buyers about a sale. The buyer will then conduct its due diligence on the target company, the aim of which is to gain a complete picture of the target and its critical success factors, strengths and weaknesses. This is an essential part of the process. Poor due diligence is one of the most common reasons M&A deals fail. Even with negotiations at an advanced stage, a buyer may uncover a nasty surprise about the target which puts the deal in jeopardy, and usually sends the parties back to renegotiating the price. Once the buyer has completed its due diligence on the target, the parties can begin negotiating the supporting legal documentation, the range of which will vary for each deal. There are very few restraints on private M&A deals and the parties have freedom to agree almost whatever terms they see fit. Unlike public M&A deals, there are no rigid timetables imposed on the deal and either party may withdraw at any time. Even after exchange of contracts, although rare, there may be circumstances where a buyer can walk away from a private transaction. Reasons include where the buyer fails to secure approval from the board or shareholders or applicable regulatory authority (competition or particular business sector regulators), or fails to get consent from lenders, major customers or suppliers. Deals usually fail at considerable cost, including disruption to the businesses and possibly damage to reputation. Buyers have recently started to request material adverse change (MAC) clauses to give them a right to withdraw from deals on the occurrence of certain events that negatively impact the target company. However, even where a buyer successfully negotiates a MAC clause, case law suggests that courts will set a high bar when determining whether a MAC has actually occurred. MAC clauses may therefore be more of a renegotiation tool. Where adverse events occur before completion, a MAC clause potentially gives the buyer significant leverage to restructure a deal. RIT’s deal with Alliance is a high profile example of an M&A deal collapsing, but it is not unusual for negotiations to break down. Deals fall apart for a variety of reasons, but in many cases it is simply due to poor due diligence or the lack of a common vision. If these fundamental elements are addressed from the outset, the next steps for each party following the failure of a deal will depend on their own particular circumstances. Denise Bodri is a solicitor, and Alexander Clarke a trainee, in the corporate and commercial team at Thomson Snell & Passmore. Discover why the Poundland acquisition of 99p Stores showed the importance of a Competition Markets Authority.