Reports claim that between 2011 and 2012, the Portuguese Manchester United manager was committing tax evasion by not reporting the €3.3m he made via his image rights – images and signatures paid for by third parties and put through to your account separately from your normal income.

This was also the case for Christino Ronaldo, a fellow Portuguese, who reportedly defrauded the authorities of €14.8m, and Lionel Messi, who faced a prison sentence of 21 months for owing around €4m.

Speaking to Real Business, Michelle Reilly, CEO of 6CATS International, explained the problem was spread beyond Spain – “particularly in France”. Her claim brings back memories of Newcastle United and West Ham United offices being raided earlier this year, part of the government’s investigation into tax fraud in the football world – not to mention the Supreme Court case against Scottish football team Rangers for using a scheme that broke the law.

“This is symptomatic of the global crackdown on tax evasion and highlights that governments around the world are closing in on anyone dodging the taxman,” Reilly said. “Obviously, this isn’t just related to the football world and earlier this month we saw a family that was running an umbrella firm in the UK being sentenced to a combined 27 years in prison as a result of non-compliance.”

While Ronaldo has been accused of misusing his image rights, the main grievance of the authorities is that he used an offshore company to hide said income made from image rights. Messi took another route in, alongside his father, creating Swiss, Uruguayan and British shell companies to avoid €4.16m of income from image rights – his name even came up in the Panama Papers.

Both will help you dodge the taxman, but if you’re caught, it’s the front page for you. The issue here is that signing up to a scheme to dodge tax isn’t necessarily illegal. A scheme is deemed tax evasion – frowned upon but won’t see you land in prison. But there’s a fine line between tax evasion and avoidance. Not reporting your full income, hiding taxable assets and the use of fake offshore accounts are a criminal offence.

The bigger lesson here is that transparency and some hefty documentation work is key, as is understanding of the tax process. Hiring someone to help skim off tax was what put comedian Jimmy Carr and singer Gary Barlow on the tax fraud map in the first place.

But have you tried becoming your own limited company? Yes, you heard right – take a page out of Wayne Rooney’s book. It came to light in 2012 that he only paid two per cent of tax on some of his earnings because he set up his own limited company and appointed himself a director. This made him liable for corporation tax. In the same way, it gave him the ability to put funds in his pension – another tax allowable factor.

So as it turns out, there are numerous ways to go about dodging the taxman – little tricks that you may not have previously know of. But, as Reilly made clear, anyone who tries to cheat the system is now likely to land themselves in hot water.

“That may sound like an exaggeration,” she said, “but the net has tightened and now regulations are in place to ensure that very few people can get away with non-compliance. The Common Reporting Standard, for example, means that countries around the world automatically exchange information on people who have operated in their jurisdiction. So illegal actions in one country could land you in trouble back in the UK.

“And with the introduction of the Criminal Finance Bill, even the unintentional actions of one of your employees could land you with an unlimited fine or lengthy prison sentence. The market is filled with more legislation now than it was in the past and it’s not surprising that growing numbers of people are being caught out for their behaviour. Obviously, it’s likely that Ronaldo and Mourinho have the resources to deal with their punishments, but smaller organisations probably won’t be so lucky.”

So there you have it. While it might be tempting for multi-millionaire footballers and managers to create (often legal) complex tax evasion systems and avoid handing over more than they’d like to the tax man, authorities around the world are on to them.

And when their picture is plastered across the front and back pages of newspapers read around the world, there’s probably little chance any of us will have an iota of sympathy – just ask Jimmy Carr. 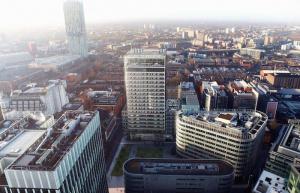