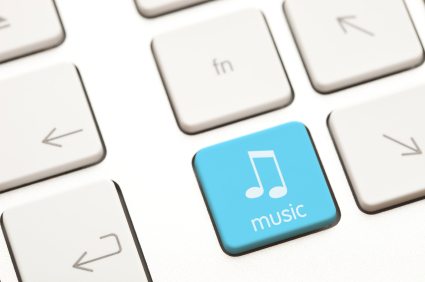 Music streaming services such as Spotify have given the music industry a much-needed boost after a decade of severe decline. For the first time since the rise of file-sharing in the late 90s, music piracy now has some serious (and legal) competition. No one can blame the music industry and the major labels for indulging in a huge collective sigh of relief.

As welcome as the success of music streaming has been, the current subscription model that most streaming services follow is an incomplete solution. Spotify and its competitors give away limited amounts of free content to persuade music fans to sign up for unlimited access to their catalogues and special features. This is sold as a monthly subscription, typically for ?10.

Moreover, streaming services require users to pay these subscriptions by credit or debit card. While this is value for money for prosperous western consumers, it is too expensive for younger and poorer people in parts of the world. This includes the vast majority of consumers in developing countries, where payment cards are still relatively rare. If streaming is to enjoy long-term growth, then it must keep expanding. For this to happen, new and inclusive payment models are needed.

A 2012 Gallup survey found that roughly half the population in high-income countries possessed a credit card, while penetration in low-income countries plunges down to seven per cent. This means that the current subscription streaming model will not reach 83 per cent of the world?s population. From a business point of view, relying solely on cards in the long term is not acceptable.

Although global card penetration may be low, another electronic payment method is already nearly universal: mobile phones. Pay-as-you-go mobile phone credit is an established second currency in many countries, such as Africa. There are currently six million mobile phones in use, a million of which is used in China alone. As music consumption is increasingly moving to mobile devices, it is natural for those same devices to become a payment method as well.

Finding the right payment method is not the only barrier for streaming to overcome. Another hindrance to global success is the size of the typical subscription payment. ?10 or dollars a month, paid in one lump sum, is too large for most consumers in low-income countries to budget for. While streaming music services have succeeded with a price point that is low enough to make the inconvenience of music piracy unattractive for western music fans, the industry must be prepared to take account of the relatively lower purchasing power and budgetary constraints of most global music consumers.

Micropayment-based music services are a more appropriate means for expanding the reach of music streaming. Instead of a monthly lump fee, they enable consumers to buy small amounts of credit on their mobile phones. They can then listen to music on a pay-per-play model. This makes budgeting for streaming easier, and puts the cost within reach of nearly everyone.

Several technical hurdles must be overcome before mobile micropayments can become widely adopted as a global system. Mobile data streaming costs are falling, but are still prohibitively high in much of the world. And 3G or 4G coverage can also be frustratingly patchy – even in markets where the service is meant to be common.

These problems will diminish with time and, as they do, the door to truly world-wide music streaming services will be opened. The rise of the internet has only brought the industry a host of problems; it has enabled the current success of online streaming which, combined with mobile micropayment, offer an enormous opportunity to reach every potential music consumer across the globe.