Bank of England governor, Mark Carney, recently cited the fact that, despite facing a £22bn funding gap, almost half of all UK SMEs have no plan to utilise external financing sources.

He expanded on this by announcing that the Bank was keen to champion a data platform to assist SMEs in applying for, and obtaining, credit – with a single ‘data passport’. This means that SMEs could easily apply for finance from a multitude of providers at the click of a button.

Is this what it’s come to – incapable of doing so itself, the finance industry is now reliant on its regulator to propose innovations that will foster growth and enhance customer service.

Carney’s pronouncements underscore the failure of UK mainstream banks – and other ‘traditional’ lenders for that matter – to address the needs of the country’s SMEs, ie over 99% of all UK enterprises.

The big banks employ armies of IT, product development and marketing staff, at vast cost; what are all these people doing?

The inescapable fact is that banks aren’t lending to SMEs because it’s not profitable for them to do so.

Under Basel III – the global regime under which banks are regulated – banks are obliged to hold almost twice as much capital against an SME loan as they are for, say, a buy-to-let mortgage.

It’s, therefore, time to celebrate the contribution of alternative small business lenders. After the government committed to solving the ‘access to finance’ problem in 2012, caused by the post-crash retreat of the major banks from SME lending, a host of newer providers has emerged, creating products that were simpler, more flexible and, critically, more accessible.

The British Business Bank, the UK’s state-owned economic development bank, recently announced in its annual report that it supported nearly 90,000 firms last year with £6.6bn of finance, an increase of 27% over the previous year.

Tellingly, over 90% of the finance the bank supported was delivered by smaller, newer and alternative providers.

These businesses are genuinely disrupting the financial services landscape whilst delivering increasingly significant volumes of working capital to those who need it the most, with a resultant widespread impact on the real economy.

However, whilst it’s clear that alternative lenders are doing a great deal to assist the small business community, many SMEs are reluctant to access the finance that’s available, with surveys consistently reporting that businesses are unwilling to borrow even if it means sacrificing future growth.

Central to the issue is the fact that many SMEs simply aren’t aware of the wide range of financing options now available to them, whilst others assume their application I likely to be rejected.

In reality, the majority of businesses that apply for loans are accepted. At Hunter Jones, we’ve been successfully raising development finance for SME property developers since 2013.

Our core product, a ‘Property Bond’, is an asset-backed loan note offering developers ready access to capital to fund the acquisition of land, planning, or construction costs, whilst also giving high net worth or sophisticated investors a highly competitive fixed return on their investment with the benefit of ‘bricks and mortar’ security.

Hunter Jones has now raised over £50m for UK developers in just five years and is set to raise a further £25m in 2019 alone. 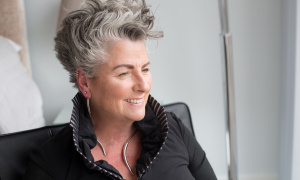 Maxine Laceby on the ‘beauty’ of affordable products 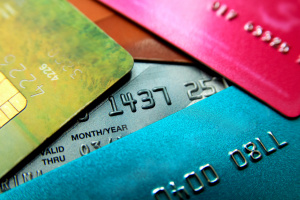 Banks to join the high-street decline