The FSA should create it’s own innovation unit with a seat at the top table. They should do it now. Here’s why.

I think it may have been P. G. Wodehouse who described someone’s use of the English language as, “like nothing more than watching a chimpanzee handling a Ming vase.” Suddenly I know how he felt.

I received a rash of tweets and emails after I criticised the FSA for their proposal to restrict crowdfunding to just “sophisticated investors” – to take the “crowd” out of crowdfunding.

“A little harsh” was the general tenor of some of them (although they were mostly thanks for raising the issue, offers of, and requests for, help. Not too surprising, I suppose – these are crowfunding people after all). The FSA only want to protect the small guy, said others.

What they really mean is crowdinvesting, they explained. Crowdinvesting is a much smaller sub-species, a cousin of crowdfunding, which involves a promise of shares in the company. Normal crowdfunding is for small stakes and does not involve shares; so is low risk. Perhaps I had misunderstood – or they’d been mis-reported?

Were the FSA misquoted? According to the Independent, they said this:

“Inexperienced investors should be aware of the risks in using crowdfunding websites that help small businesses raise money directly from members of the public, the Financial Services Authority (FSA) has warned.

“We believe most crowdfunding should be targeted at sophisticated investors who know how to value a start-up business, understand the risks involved and that investors could lose all of their money,” the FSA said.”

Being a generally affable sort of chap I had already started to pen a courteous apology when I decided I better check again. What I found was a Ming vase with a nasty crack in it already. Their first public response to a really promising innovation with great potential for the nation and the economy made a very nasty jarring sound and caused some entirely unneccesary damage.

“…Unfortunately, where money is changing hands – and especially where it is all done online – there is a risk of fraud, so investors should take care to protect themselves.

How to protect yourselfMake sure you sufficiently understand the business or project, how and when you might get a return, whether you will receive an equity share in the business and the risks involved before investing in a crowdfund.

The whole piece is clearly talking about crowinvesting while using the word crowdfunding. Can the FSA really not know the difference? If they don’t, wouldn’t that amount to something approaching professional negligence? Especially since they’ve spent three years in discussions before actually authorising (rather reluctantly, one can only imagine) the UK’s first and only regulated crowinvesting platform (it’s called Seedrs – and is clearly the result of a lot of hard work and extraordinary persistence)? Or would it be unreasonable to suppose that they’d rather it would all go away so they can get on with “business as usual”?

Of course I understand that the FSA has a responsibility to limit the activities of those who would prey on the unwary when the stakes get above a certain level. But to make such recommendations before I put down £10 or £20 on something I’m quite happy to support in the hope of helping make something happen? That I – and the suggested  man-in-the-street – am not capable of making such calculation, when we all do it every day in various forms? That’s faintly ridiculous; and dangerous.

It’s not just that the whole tenor of the piece is skewed and wrong – it’s factually incorrect as well. “Crowdfunding investors will usually receive shares in the business or project they contribute to… ” – no, chaps. That’s crowdinvesting.

“The risks: Many crowdfunding opportunities are high risk and complex.” A few minutes spent surfing the corwdfunding sites (of which there are many times more than crowdinvesting sites) will quickly give the lie to this – and much more that the FSA say and insinuate. It really does begin to sound like a scare story.

But an innovation unit within a regulator? Isn’t this just gibbering nonsense? Chalk and cheese, I hear you say? But that’s the point. Innovation is absolutely vital to our economy and our recovery and crowdfuning is the spearhead of that, or soon could be. Which means that our economy has to be able to encompass both good regulation – to limit the predators – and real innovation over a wide area. With as little of the first and as much or the second as possible.

This is no small matter and could be crucial to our future as a nation. So, why shouldn’t the FSA, as an organisation, encompass both?

To have a small unit whose job it is to challenge and balance the thinking of the regulator right in there at the start of things could make a huge difference to the outcome by tempering the early thinking and bringing a new perspective right to the table where the key discussions are.

And to have a voice to champion the needs and concerns of startups and entrepreneurs. To ensure that changes are not purely regulation-driven and reactive, but are balanced and – as far as possible – innovation friendly. To actively seek ways to tweak existing regulations and regimes to support innovation and entrepreneurs. It could make a huge difference.

This is not a call for “light touch” regulation either, but for a well tempered approach and well balanced, thoughtful regulation.

I confess that when I saw those initial reports about taking the crowd out of crowfunding it was pretty much what I was expecting – and I very much doubt I’m the only one. I winced because of damage that’s already been done. I suppose we may never know how much.

Perhaps thousands of people who had barely heard of crowfunding until now will have heard first from the FSA with scary language missaplied and about their intentions to regulate it away – creating a bad taste and damaging the concept in it’s infancy. That’s just the kind of thing that could be avoided by the move I’m suggesting.

The more I think about this, the more I’m thinking that the FSA could use some innovative thinking in the way they approach things in-house. And not just on banking licenses and crowdfunding – or is that crowdinvesting?

P.S.: Since writing this article I’ve heard from Simon Dixon of Banktothefuture.com who, independently, has made the same suggestion. It’s our nation, our economy and our FSA – not the banks – let’s make this happen. Get tweeting! 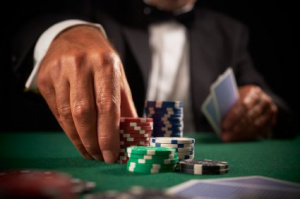 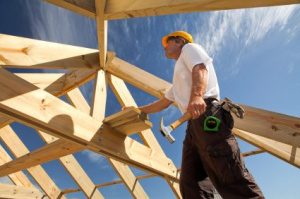 Economic recipe: Optimism, focus, and a healthy dose of construction