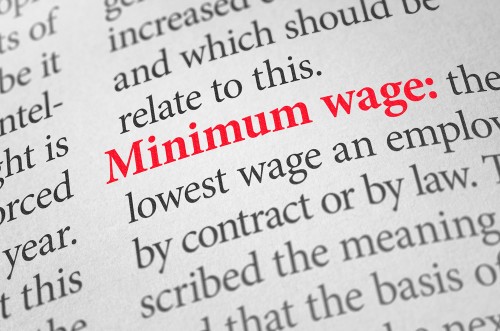 Coming into force tomorrow is the “hugely ambitious policy” that is the new minimum wage, requiring £7.20 per hour to be paid to over 25’s. For those still unsure, this is the National Living Wage announced by chancellor George Osborne, where the government dictates what we can pay our staff, rather than change The Living Wage – as described by the Living Wage Foundation who have long campaigned for a considerably higher wage of £8.25 outside London and £9.40 within the capital.

Much of the research behind this has been provided by The Resolution Foundation. This is one of the wonderful social policy think tanks that we have in this country. It claims to engage with politicians across the spectrum and carries out research into living standards across the UK for low and middle incomes to influence economic and social policy.  While minimum/living wage levels are only a part of what it looks at, with other areas of interest covering taxation, debt, childcare and housing, it is clearly the hot potato of the moment. Read more from Jan Cavelle: With one in six employees being affected by the National Living Wage tomorrow, its director, Torsten Bell, is having the opportunity to express himself at length on the subject. He has claimed that this will attack what he refers to as National Living Wage hotspots – where there are particularly high numbers of lower paid workers, by making a set figure across the country. In fact, I am totally with the Living Wage Foundation on this one – costs of living vary so much across the country it is hard to see how an equal national figure can ever be fair. If it was, however, you could also argue that the most profitable businesses, for example those in London, are the least affected by the enforced rise in labour costs. Bell, when asked about this, said brightly: “Of course pay rises don’t come free so employers in some sectors and parts of the country will feel more pressure”.  The think tank’s report suggested equally helpfully that with cuts in labour being undesirable the emphasis could be on increased productivity, but employer interviews suggested “that could be challenging”. You bet it could – come and help us try rather than sit in your glorious well paid think tanks – after six years of recession Britain. And I believe there is a lot worse of an effect which is hardly talked about but I have seen in action talking to my own staff. The small few who have had the increase under the Living Wage have barely acknowledged it as they have known it was coming and consider it a right rather than something that is earned. Whereas the hard working people above them, who see their own hard earned pay statuses diminished are full of disappointment and discontent. And there are very few companies in Britain today who can afford a ten per cent rise across the board in order to maintain any fair meritocracy for hard work. I believe that far from increasing, we will see diminishing productivity as a result of this.