If you believed the pre-election letter of support supposedly sent by 5,000 small businesses to The Telegraph – the product of a PR drive masterminded by Karen Brady – then the Conservatives are truly the party of small business owners.

So why, three weeks after the election, as the new one-party government begins its work, does it feel like anything but?

The speech read by the Queen on 27 May, detailing the Conservatives’ plans for the next five years, devoted just two of its 103 pages to business commitments – a secretive allusion to an Enterprise Bill that is yet to be published. That is a disappointing outcome for business owners who had hoped for more.

The last five years were so much more supportive. We founded Signal in a garage in 2012, just as the country was emerging from recession, and benefited hugely from the variety of initiatives the government introduced.

The Knowledge Transfer Partnership funded the salary of one of our co-founders. Enterprise Management Incentives, which allow companies to grant tax-free share options as a way to recruit staff, helped us give our employees a stake in our future, whilst the Enterprise Investment Scheme made it easier for us to raise £1.2 million in funding last year.

This is to say nothing of the coalition’s more general business policies: kickstarting Tech City; an eight per cent reduction in corporation tax; R&D tax credits and even lower tax for companies with patents in their pocket. These are measures which boosted our tech sector and gave the UK a record 581,173 business registrations in 2014.

But the Queen, in her reference to the upcoming Enterprise Bill, did not allude to digital at all. Instead, we got familiar allusions to “cutting red tape”, a new system to tackle late business-to-business payments out of court, a cap on public sector redundancy payoffs and easier appeals against business rates valuation.

Read more on the Queen’s speech:

These measures by new business secretary Sajid Javid will prove incrementally helpful, but they are not the dynamic boost we need to light a fire under the UK’s online ambitions.

We need more schemes like those brought in during the coalition. In particular, we want it to be easier to bring highly skilled technology experts over to the UK. The current visa process is expensive and overly complex.

While the government flirts with pulling out of the European Union, we say the tech sector needs more, not fewer, talented technologists coming into our country, helping to create supremely successful companies and, with them, jobs for all. Bear in mind – we are competing with Singapore and Silicon Valley, not just with Berlin and Stockholm.

We also want greater tax incentives for investors to back small companies like ours, and we want it to be easier for startups to gain access to capital. While the established tech giants may find it easy to raise new funding rounds and devote millions to M&A activities, the UK still suffers from a visible early-stage funding gap.

The last government enabled London to become a global powerhouse driven by tech startups, and the new government needs to continue on that trajectory. The Conservatives need to make sure that not just London, but the whole of the UK, becomes the best place in the world to start a business.

The few words given over by the Queen to talking about Javid’s business plan for the next five years are insufficient. I look forward to judging the Enterprise Bill if and when it becomes a reality. For now,, our new government has a long way to go before it convinces the small business community that it can continue making the kind of positive impact we’ve seen over the last five years. 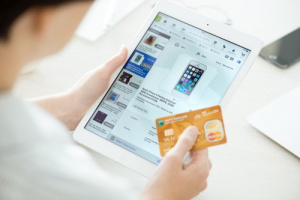 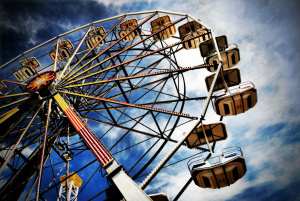 Ferris wheels in offices and student flats with concierges – Does the work-life balance exist?