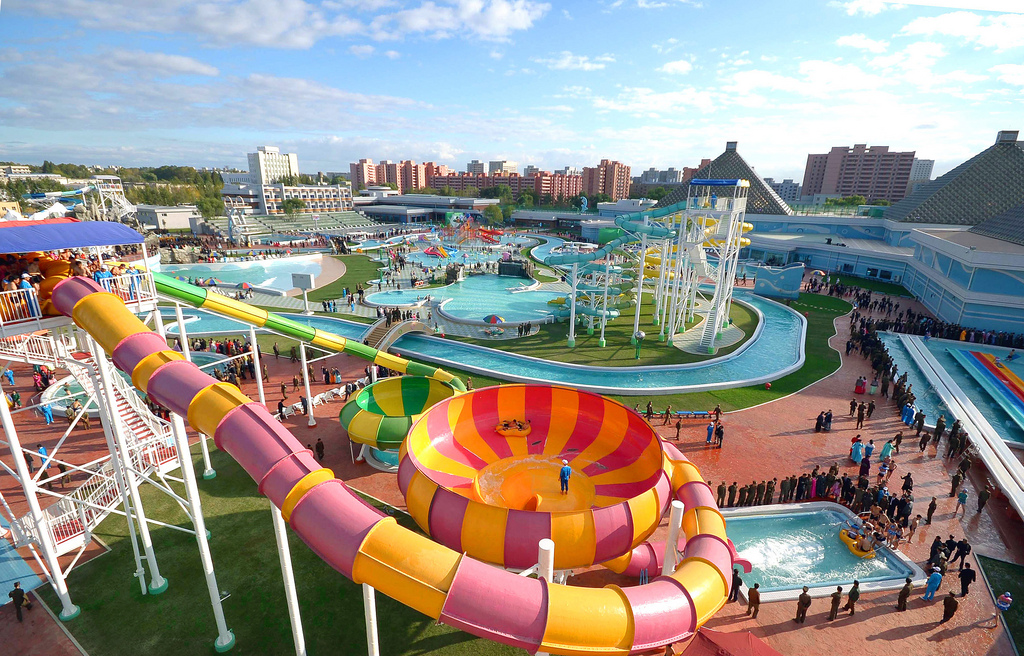 Imagine the funnel as a waterslide

The model assumes that everybody is going down the same?slide, having the same experience, and coming out in the same pool, thinking and wanting the same thing. It?s linear, closed, generic and it doesn?t come close to capturing the complexity of the modern buying journey. If you want to make a splash, you need to zoom out and look at the big picture. Today?s buying environment isn?t just a single slide, it’s an entire waterpark. In the park you?ve got different kinds of people, all doing different things and enjoying themselves in the ways that suit them. It?s up to the park owners and staff (that?s you!) to make sure everybody has the facilities and capabilities to do things their way.

One of the biggest limitations of the funnel is that it doesn?t help you understand different prospect personas, how diverse their needs can be, and what they need from you during their buying journey. Everybody?s looking for a different experience, so the waterpark has a slide or a pool to suit everybody?s needs from the breakneck vertical drops favoured by decisive risk takers, to the shallow safety sought by unsure prospects.?Some visitors like to move in groups, following the opinions and ideas of their peers. Others are prone to storming off alone, running, bombing and generally pushing the boundaries of what you can deliver.?They?re all different, but equally worth keeping your eye on. Read more sales-related articles:

Understanding and visualising these differences between prospects also helps you understand when and how to best engage with them. Some visitors will have read reviews of the park, checked out the map online and picked which slides they want to go down long before they arrive. They don?t want you stepping in and trying to help them too much, it’s going to do more damage than good.
Instead, your time is better spent focusing on the people who are wandering around between the slides overwhelmed by choice, looking for armbands and inflatables to help them, or chickening-out half-way up a ladder. Those are the kinds of prospects the funnel ignores, and it doesn?t take much guidance and nurturing to turn them into loyal customers and brand advocates.

Another issue the funnel doesn?t address is that not everybody in the buying environment is interested in buying. All over the waterpark you?ve got people that have no intention of riding your slides but that doesn?t mean you can ignore them.?You?ve got influencers taking selfies, advocates who stick around in the pool splashing passers-by, and time wasters on sun loungers with no intention of ever getting their feet wet. Using a basic funnel model, a lot of these people would probably be wrongfully labelled as prospects. Understanding who these people are, and recognising that they?re not likely to become new buyers, is key to keeping your engagement efforts focused and efficient.

But why a waterpark?

Truth be told, it doesn?t have to be a waterpark. The park is just a good concept because it demonstrates three key things that the funnel doesn?t:?No two buyers or buying journeys are identical,?The process isn?t linear and can be extremely long and convoluted, and the whole thing is all about the buyer. They?re in control, and what they say goes. Still, that?s not to say that the funnel isn?t fit for purpose. It?s a valuable tool and remains a relevant model, as long as you’re aware of its limitations.?By taking a fresh approach to the funnel and reimagining it as something like a waterpark, you can start to understand just how different customer and prospect needs can be, helping you see things from their point of view. And really, that?s what great buying experiences are all about. Some of the most enduring businesses of our time have relied on a strategic partnership framework to maximise success, and with the Department for Business, Innovation & Skills suggesting SMEs account for 99.9 per cent of all private sector firms in Britain, bosses need to replicate such strategies to increase sales. Nick Farrar is director at Bristol creative agency Workbrands.