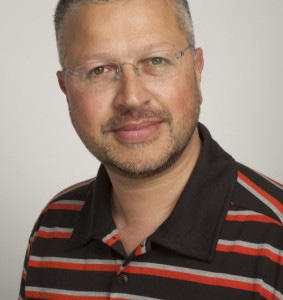 Share via
Thanks to the rise of digital, and in particular m-commerce, consumers can check and compare product details and prices in just a few clicks of a device, wherever they are. When they?ve found the item they want, it?s just a few keystrokes more to buy and arrange convenient delivery. But behind the scenes, life is getting ever more complex. Making customer journeys that work as intended is fast becoming a science in itself. It?s even more complicated for those retailers who have legacy systems to contend with, and must stretch systems originally designed for running shops to power a website and related sales and social channels. To date, many have handled the shift to multichannel by building bridges between their channels and extending the ecommerce platform ever further. But to do justice to the omnichannel retailing that the future is set to bring, I?d argue it?s time to move beyond all that and make a new start. At Internet Retailing we?ve coined a term to explain our thinking. Re-foundationing is all about levelling the ground, and starting over from 21st century systems that are capable, through the flexibility that open APIs bring, of expanding in order to meet future ways of buying. In the words of Otto Neurath, ?We are like sailors who on the open seas must reconstruct their ship but are never able to start afresh from the bottom.? Re-foundationing is a description of what?s already going on in ecommerce and multichannel businesses across the country, and it?s a theme that will underpin this year?s Internet Retailing Conference. At IRC 2014 we?ll be hearing from retail leaders who have led their multichannel and ecommerce businesses through times of transformation. Here are some examples of just how re-foundationing is working in practice. Thomas Cook?s One Web Unveiling half-year results in May, Thomas Cook chief executive Harriet Green explained how the travel company had embarked on the project of digitising the business. Less than two years before, she said, the online businesses were ?totally disconnected and in competition from the rest of the business. “There was no omni-channel strategy, no connection between the channels and zero digital expertise at the senior level or the board of Thomas Cook and no culture of digitisation in the business.? This led, unsurprisingly, to a customer online experience that was ?not satisfactory?. But by May, web penetration had hit 39%, with ecommerce revenues hitting ?3bn a year, of which some ?0.5bn came from mobile. IRC 2014 will hear from Thomas Cook?s John Straw, chairman of its digital advisory board and entrepreneur in residence at Thomas Cook, and from its group head of innovation Robin Colman about how that?s been achieved. But core to the changes have been the One Web project that has streamlined 17 platforms into one as well as integrating IT systems. Marks & Spencer?s new platform Marks & Spencer started over with its website. Built on Amazon platform, the high street stalwart took the decision that it needed to take control of its technology and has spent the last two years rebuilding its own platform. Laura Wade-Gery, M&S executive director, multichannel, has said of the new site: ?Multichannel shopping represents the future of retail and lies at the heart of our transformation plan. That?s why we have invested in building our new web platform to be in tune with our customers? needs and fully integrated with the rest of our business. We are now well set up to adapt and change quickly and cost efficiently for future requirements.? David Walmsley of M&S.com will be at IRC 2014 to explain how the company went about the job of transforming through the creation of a new flagship digital experience, built around the evolving customer ? while still trading at the same time. Mobile first at House of Fraser House of Fraser watched the way its customers shopped on its website and when it saw traffic from mobile devices such as smartphones and tablet computers overtake desktop traffic, it decided to introduce a mobile-first website. The slimmed-down site, built on responsive design, was unveiled in February. Andy Harding, executive director, multichannel at House of Fraser, said at the time that the department store aimed to differentiate itself through its proposition and service. ?We?re doing things that try to be different but at the same time not doing something for the sake of being different,? he said. ?It?s got to add value, have a purpose. I think with regards to the design philosophy, this is born out of customer need and demand rather than our desire to do something different from everybody else.? Andy Harding will be a keynote speaker at IRC 2014. IRC 2014, to be held at the Novotel, Hammersmith, London on October 14, breaks the theme of Re-foundationing into three key themes: Tide, Time and Place.