After what seems like months of miserable weather, we are to be finally graced with a couple of days summer and, in typical Brit style, will no doubt be moaning loudly about working in the heat within a matter of hours.

To add to the stress levels and bad temper, a maximum number of staff are off on their holidays in each department. Every company has its own ways of covering holidays and, in large companies, the workforce is calculated to allow for a certain number of staff being off at any one time. Smaller companies, in particular, have had to reduce their staff to near skeletal size to cope with the recession. With specialist positions in these smaller companies, where the necessary knowledge makes a temp an unviable option, this usually means some poor colleague is roped from their own desk to cover as best they can, with the simpler administration from both positions being split between others. This tends to result in one area suddenly under-performing and stress levels running high throughout. Meanwhile, in larger departments where colleagues all do similar work, sound management strategies for coping are suddenly undone by waves of football injuries as the season starts again and Monday is characterised by sick notes and hospital visits.

In order to combat this, many British companies have a policy whereby no longer than a single week can be taken in one hit.

It is hard not to be desperately envious when we hear of the European shut downs during August. The main reason for this originally was the overpowering heat in the cities, causing the likes of Rome and Paris to be abandoned by locals to the tourist trade. Granted, Britain rarely has this problem but it is nonsense to suggest that a block closure in summer would increase the financial burden on businesses. In fact, all those holidays would be taken by employees in any case. If a company closed for a set period, there would be no need to hire expensive and oft less effective temporary staff.

In this day and age where we are taught to focus on the concept of work smarter, surely hugely-rested and recuperated staff are more likely to perform higher and be sick less than their counterparts? It is proven that more time at work does not improve productivity, so why should our approach to holiday closing be any different?

Another huge loss of productivity is maintenance of machinery – this could all be organised during a set close down period so this is minimised.

The British are given to immediately spurning anything that smacks of Big Brother and enforced holiday times. However, the benefits would far outweigh the deficits. Those wanting to visit relatives in faraway places would have the time to make doing so worthwhile. Whole families could relax and take holidays together with their children, taking real quality time together.

For those who do not want to go on family holidays, more and more hotels and resorts are seeing that the non-child market has a huge individual potential so this would still be available. And for those who do not like the heat, there are still cold countries to visit. Holiday time can still be taken at home but, unlike a rushed week, even the biggest workaholic can take invaluable “me-time” with a month to play with.

A national shut down is hardly restricted to the Mediterranean. In fact, the UK is more like the odd one out now – even the workaholic US is, in the main, closed between Thanksgiving and the New Year.

One of the biggest arguments against such shutdowns is the potential loss of business to other companies. However, if all competition was also shut, there would be no loss. Customers, too, would be closed. 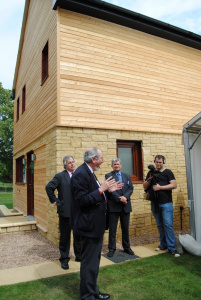 No growth till we upgrade 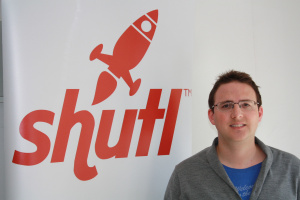 Shutl branches out across UK