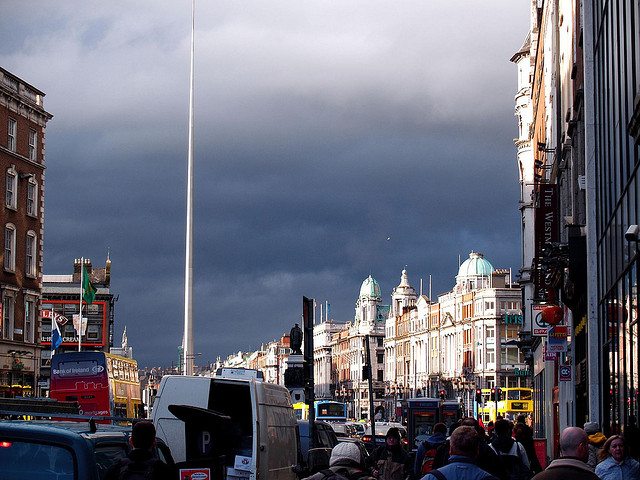 US companies were behind almost 40 per cent of offices bought or leased in Dublin in 2011. PayPal, Google, LinkedIn, Yelp, Salesforce.com, Bank of New York Mellon and Citigroup are a few of the technology giants who moved operations to Ireland.

UK businesses too are beginning to consider the move to Ireland as a sensible possibility; and Dublin is welcoming them with open arms. A driving force behind this is government agency Enterprise Ireland. When first funded by the government board, the organisation’s primary role was to drive the growth of Irish-headquartered companies and lead startups to the mature business stage. Now they are trying to attract entrepreneurs from outside of Ireland. We spoke to Lorcan O’Sullivan, manager and Naghmeh Reily, senior marketing executive of overseas entrepreneurship in Enterprise Ireland. “Our motivation is clear: no country can get enough of really good high-tech startups,” said O’Sullivan. “We are very successful in nurturing our own startups, but we want to create even more jobs at the leading edge.” Strong government agencies and Ireland’s favourable tax system already resulted in the creation of a strong technology sector. A tax regime that includes a low corporation tax rate of 12.5 per cent, combined with favourable double tax agreements helps make companies based in Ireland more attractive to investors. Ireland’s availabilities of funding are among the highest in Europe. Startup seed investment is not rare, and the banks’s cashflow based lending may be tight, but is at least improving. Observing the business environment on the small island, it’s fair to say that the supply and demand gap we are experiencing in the UK is significantly smaller in Ireland; the scale of investment is vast. But that’s not all, says Reily. “Businesses come to Ireland for the international environment. We have access to multinational companies like Google and LinkedIn, who have their headquarters here. We [Enterprise Ireland] have offices throughout the world at the disposal of our clients. “Entrepreneurs are driven by innovation, and diversity drives innovation. What we’re doing is to get a lot of different nationalities together for greater creativity. With this we’re not really serving the Irish market, but all of Europe within a very small radius.” When it comes to international expansion and export, Enterprise Ireland offers a similar service to the UKTI. The main difference is the size of the countries, combined with a small difference in resources. Cross-platform gaming developer Digit made the move to Dublin in early 2012. Their original plan was to stay UK-based, but the easy networking and scale in Ireland made them decide to take business to the island. Planning for international expansion, Digit is making use of the American influence from the tech giants in Ireland. “There’s plenty of interesting business growing in this small country because of a lot of penetration from global organisations,” said founder and CEO Richard Barnwell. “The interest in startups is huge. It’s difficult to hire certain technical roles in Ireland, but that’s the same as in most cities right now.” Still, the government’s objective is to make Ireland the best place to start and grow a business. They’re going the right way, since exports are now even higher than before the financial crisis. At the height of the recession, Irish software companies grew their exports by six per cent. “Support for startups is still needed; but so far, we have built a startup ecosystem that attracts multinational companies,” said O’Sullivan.  Image source