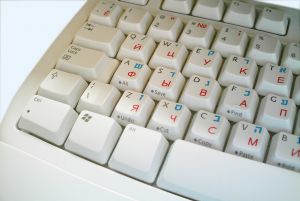 Of course, many other European countries are also trading with each other. Although the UK has a long and profitable history of trading abroad, it may find itself at a distinct disadvantage as the world?s economies continue to globalise: the UK lacks the foreign language skills needed for global trade, especially compared to most of its European counterparts. And as more organisations globalise, expectations rise, including the ability to trade in the local market?s language.

According to the European Commission, many recent trends in the UK are a source of pessimism. Language degree courses have decreased significantly since 2000 in the UK, with both German and French ? the two most popular languages studies ? dropping by as much as 50 per cent. Fewer students are opting to take up the degree courses that do remain. The ‘European Survey‘ on language competences has also affirmed that only nine per cent of English teenagers today can demonstrate credible foreign language skills. This compares to more than 80 per cent of Swedish and Maltese teenagers. It appears that a future generation of English business employees will be at a distinct disadvantage compared to many of their European counterparts as businesses continue to globalise. It is fair to point out that UK businesses have been able to trade successfully across Europe, as free movement of people within the EU have given them the opportunity to employ other Europeans who may have the exact language skills lacking within their own population. But it remains a handicap if businesses are unable to draw on a wider pool of prospective local employees who may have all of the other skills needed to do a job but cannot be hired due to language limitations. The need for foreign language skills will only continue to increase as UK businesses continue to expand their markets beyond Europe. Although many traditional trading partners may be comfortable conducting business in English (North America, Australia and most Commonwealth countries), many of the world?s fastest growing emerging markets are not. For every India or South Africa, where English is widely understood, there is a China, Brazil, Turkey, Russia, and many other countries that prefer ? almost demand ? that local trade is conducted in the local language.  These markets will be difficult to ignore in the long term. Other emerging markets may have adopted a common language other than English. Most of the Americas expect to do business in Spanish, and the boom economies found in much of West Africa trade in French. As Chinese businesses continue to dominate regionally, Chinese language speakers throughout many other countries in Southeast Asia also have a distinct advantage over other UK businesses and other businesses that do not have the same capability. The European Commission has indicated that there are some positive steps being taken to enhance UK foreign language skills. English primary skills have mandated that foreign language learning must start at age seven from September 2014. Prestigious degrees such as the English Baccalaureate are highly valued by employers in part because they require a demonstrated proficiency in a foreign language.  Multi-culturalism may play a role as well, as children become more comfortable surrounded by many languages as a normal part of their everyday environment. UK values of tradition and valuing historical achievements are part of the UK?s national identity. Learning to cope better with feelings of discomfort, embarrassment or making a mistake and thus possibly offending others are challenges to another part of the national identity that must be overcome in the process of learning another language. If children learn together as a matter of course, then learning a foreign language may be no more difficult than learning maths, science or a sport. The future of UK business depends on it more than ever. Pascale Chauvot is the Head of Training Management at Communicaid, a culture and communications training provider. A French national based in London, she specialises in languages and has previously taught French and Spanish in schools before becoming a professional language trainer.  Image Source