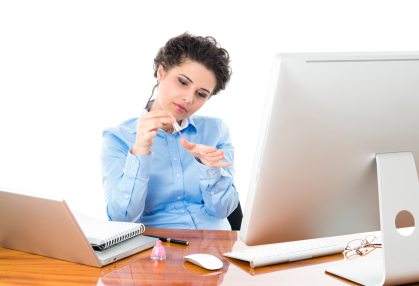 Companies have us believe that drowning in emails and responding to constant interruptions are costing them billions. After all, between trying to reach inbox zero and day-dreaming in meetings, when do we have time to do any real work?

Engaging in activities that we assume as non-productive, however, may actually be a smart way to spend time – especially at work. Such practices can lead to people becoming more resourceful problem solvers, more collaborative, and less likely to give up when the going gets tough.

Our evidence is provided by an unusual survey that equates the power of cuteness to productiveness. The first experiment had students perform fine motor dexterity tasks, before and after viewing images of animals. Their performance increased fundamentally after having viewed cute images.

According to scientific literature, there are three aspects to the ability to snap back and go after a hit and each one can be developed through activities that seem to waste our valuable time.

An inactive lifestyle is the number one obstacle to endurance and the ability to bounce back. So, the best advice is to stand up and take a few steps away from your computer every now and then.

It is said that willpower gets stronger the more we exercise it. So, tackling a pointless task such as counting backward from 100, scientifically improves your focus and determination.

According to scientists, the 3:1 ratio will cure your fear of failure and leave you more open to different tactics. The point is to experience three positive emotions for every negative one over the course of a day.

Employees have tried and tested this technique various times in front of the water cooler, but what about entrepreneurs?

Here’s what some of them said:

“Downtime often means team meals. About 30 per cent of our body mass is the Pizza East downstairs and we hit up a cool Ethiopian restaurant last week. On the menu: irreverent banter and what we love to do in our non-work downtime. Often, things flow back to work, hard to resist when everyone’s focused on solving such interesting problems.” – Alex Stephany, CEO of ParkatmyHouse.com

“Spending most of the time in the office as an entrepreneur makes one pretty good at finding ways to waste time. We improvise all the time, from office competitions with makeshift dart boards to paper toss into the wastebasket, but the office favourite has to be impromptu ‘competitor research’, involving  visits to the local shop and picking up random wine bottles to taste!” – Alok Mathur, co-founder of Soultree wines

“I fly a radio controlled helicopter around the office, which really clears my mind. It takes a lot of concentration to manoeuvre around the workstations – I would thoroughly recommend it to anyone looking for a way to remove themselves from stress or clear the head. I guarantee that most people can’t think of anything other than evading crashing!” – Graham Turner, business development at GlobalTech40

“Our systems are so well written that they require very little active management. So, there are times I can kick back, safe in the knowledge that we’re saving hundreds of thousands of people money on their phone bills and putting them through to call centres without waiting. During these times, I mostly just stare into empty space attempting to reconcile the nature and purpose of the multiverse with the meaning of self-hood – but only if I’m not busy checking my Facebook.” – Matt King, founder of Orderlyq

“To waste time at work, I read and reply to emails asking me what I do at work to waste time.” – Matthew Linnecar, co-founder of Gnewt Cargo