The term ‘family business‘ refers to those of us – blessed or otherwise – who work with other family members. However, many of us in small businesses with non-relatives are assumed to run ‘family businesses’, too. I suggest that in way we all are.

The ‘ideal’ parent allows a child a level of independence and encourages them to take responsibility, without the parents losing control themselves. More so as the child gets older.

You can see a correlation between this and running a business, surely? We could even take the analogy further and identify members of staff with fictional children – a Kevin or Perry, a Bart, a Dennis or two and definitely the odd Artful Dodger, possibly a Matilda or even a Violet Elizabeth Bott. Traditionally, the father has been the breadwinner, role model, disciplinarian and protector with the mother providing the emotional security and nurturing. Traditional MD’s have of course been male.

But the lines are blurring between the functions of mother and father. Many of us are single parents, having to attempt to provide both the mother’s and father’s voices. Just as the mother-father roles have become more interchangeable, female MDs are more common than a few decades ago. While in larger businesses the overall role of boss might be shared between a group or board in small businesses we can be solo, performing the joint parenting role.

Single parents of either gender are sometimes overwhelmed by the sheer volume of work and the challenge of covering two roles at once. This can have adverse affects on the child’s development. Lacking in someone to share the burden of parenthood might detract from the enjoyment of being a parent.

Within the business set up, a male is quite easily identified in the father/boss role. It’s also comparatively easy to appoint someone to fulfil the traditional mothering position, still traditionally subservient and able to nurture the staff. The female leader has – to some extent at least – assume the more traditional male roles of discipline, leading and providing, so is still left struggling to be both and perhaps having to resort to hiring an alternative Mummy.

Effects of father absence are proven to include higher rates of psychological maladjustment, under-performance, and antisocial behaviour. If the rest of the analogy stands, is this yet another battle that the female boss is more likely to have to overcome?

One last equally worrying thought to leave you with: as running the country is also often likened to running a business, does this make Nick and Dave our new Mummy and Daddy? 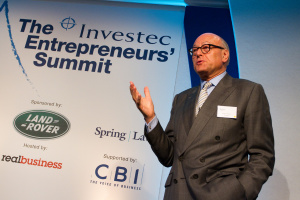 Video: “Get in the ring or opportunities will pass you by” 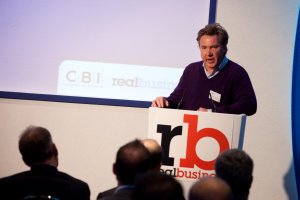 Video: How I sold everything to be a startup again