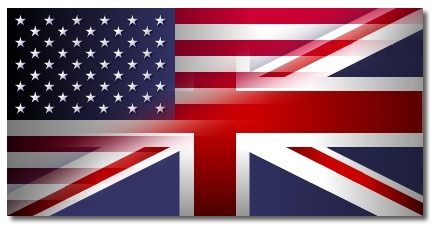 An email popped into the Real Business inbox this week from Alan Mabbutt, the Conservative Party’s head of local government.

Granted, the majority of the message was a blatant (and predictable) swipe at Ed Balls – specifically his plea to the Coalition to follow the example of the US, with a slower approach to cutting the deficit – but it does carry some interesting comparative stats on the two countries.

Economic growth over the past six months

The US grew by 0.4 per cent quarter-by-quarter over the first half of 2011, while the UK grew by 0.7 per cent. (ONS and Bureau of Economic Analysis)

On July 28, 2011, the UK’s benchmark borrowing costs fell below those of the US for the first time in 15 months. Yields on ten-year UK gilts fell three basis points below those on US Treasuries.

In 2016, the US is expected to still have a deficit of six per cent, while the IMF forecasts the UK deficit to be 1.3 per cent. Huw van Steenis, head of EMEA banks and financial at Morgan Stanley, this week warned that “the risk of a credit crunch in Southern Europe is growing”. That could impact the ability of northern European banks to borrow which, in turn, would knock households and businesses – economic slowdown naturally follows. As the BBC’s Robert Peston puts it: “Fears about solvency of sovereigns translates into potential liquidity problems for banks – which can then turn the solvency fears into self-fulfilling prophesies.” If we need, as he says, a “circuit breaker in the transmission mechanism of fear”, then let’s start focussing on the positive UK stats for a change.