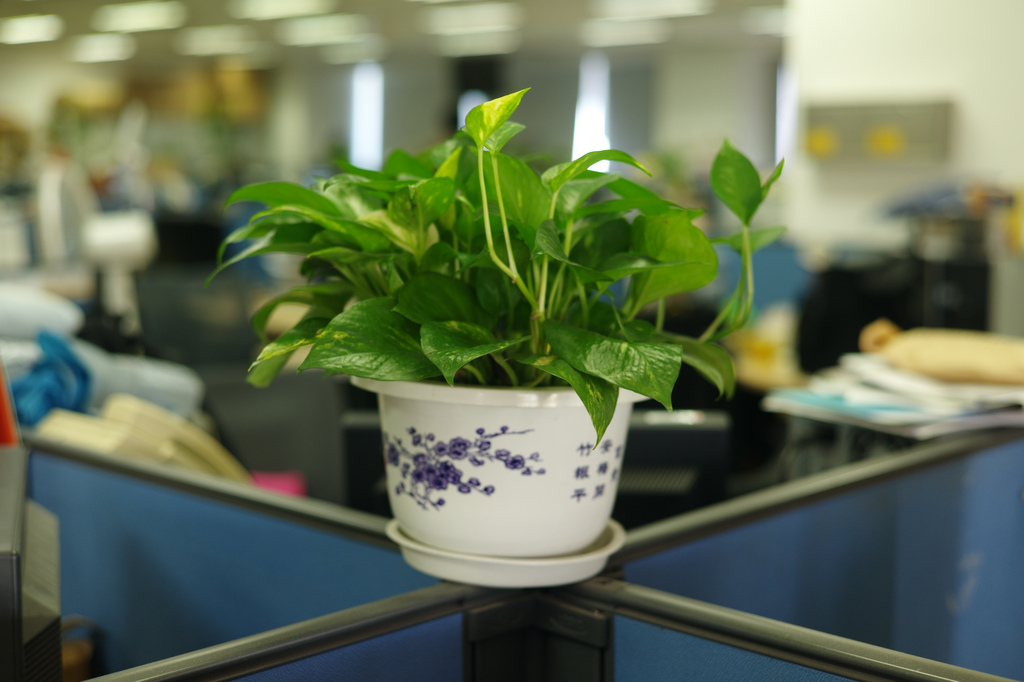 In the last few years, we have seen a growing trend towards minimal decoration and David Cameron’s ‘less is more’ focus, enforced particularly during the recession, is clearly based on a belief that money spent on office plants is wasted.

This long standing lean philosophy, where it is argued that clean work surfaces create a better working environment, is dispelled unambiguously in a new paper published in the Journal of Experimental Psychology: Applied, and authored by leading academics from the Universities of Exeter, Cardiff, Queensland (Australia) and Groningen (Netherlands).

The study, which looks at both short and long term effects of plants in offices, clearly shows that plants offer more than aesthetic decoration and are, in fact, an important driver of wellbeing, productivity and concentration.

A series of three experiments undertaken as part of the study demonstrate that plants in office spaces increase employee productivity by as much as 15% and improve workplace satisfaction by up to 40%.  In my opinion, these are impressive statistics which cannot be ignored.

The benefits of interior landscaping and the true cost of installing plants into a business environment have always sparked debate. Well-being is a difficult concept to define and although we probably all have an instinctive idea of what it feels like, can we actually quantify it?

Martin Seligman, a well-known psychologist, broke the concept of well-being into five distinct components – emotion, engagement, relationships, meaning and achievement. It is clear to see, that the management of office space can affect at least the first three, if not all, of these elements.

Our need for nature was identified by the American biologist, Edward O Wilson, who developed a hypothesis called ‘biophilia’, which he defined as “the innate affiliation people seek with other organisms and especially the natural world.”

Wilson’s ideas have been adopted by architects and designers for some time and many have used the principles of biophilia to make their buildings more humane and connected with nature. Combinations of plants, art, lighting and sound effects as well as a more naturalistic style of design make it possible to create significant improvements to well-being and employee engagement with minimal outlay.

Previous studies form Ulrich have found that outside the workplace, exposure to plants and natural settings can improve a positive mood and reduce negative ones. Furthermore, increases in well-being have been shown to coincide with less mental distress among people living in urban areas interspersed with green spaces.

Plants, as living organisms, exert a beneficial influence on the environment.  Perceptions of significantly improved air quality are frequently reported in workplaces where plants are used – the air is often reported as feeling fresher and cleaner.

Next: Our own look at the Biophilia and ‘lean’ theories