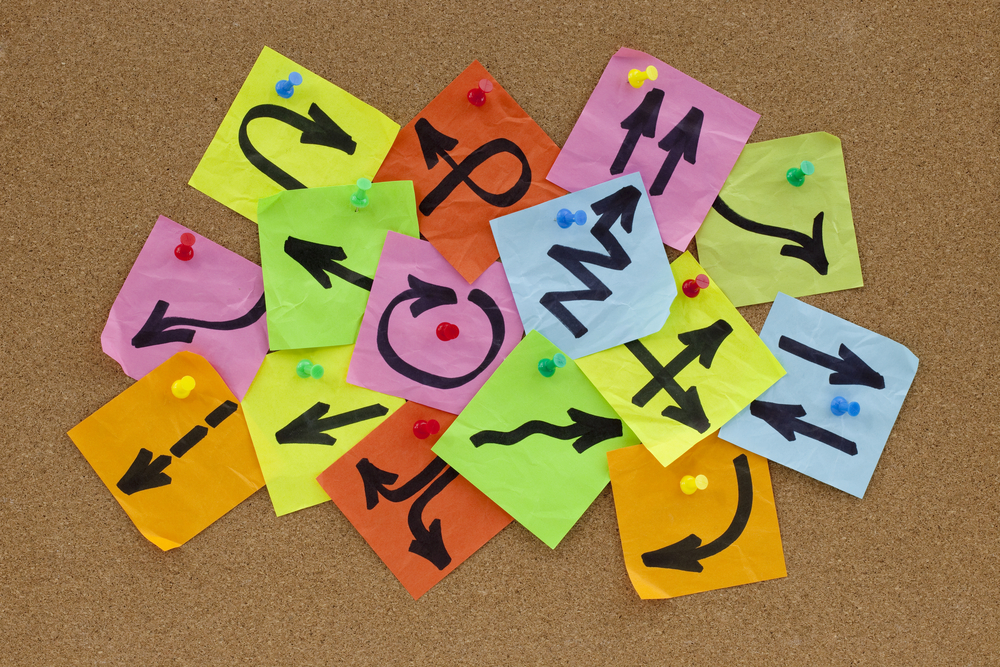 One of the reasons it’s so difficult to stay focused is that humans are naturally prone to interruption. This was implied by Maggie Jackson in her book “Distracted: The Erosion of Attention and the Coming Dark Age”. She claimed people naturally jump to react to new information as a built-in survival instinct.

While there aren’t a lot of studies showing exactly what shapes a person’s attention span, it’s been said that early child rearing plays a role. In other words, it’s within our power, to some degree, to keep ourselves focused – an increasingly difficult endeavour in today’s world. It’s a fact of life that we’re drowning in information, but there’s a trick people can use to ensure they quickly complete whatever it is they need to achieve: simply ignore things. That’s right, ignoring the background noise around you – we don’t mean the people in your office – is a tactic that increases productivity. Despite previous studies having concluded that attempting to ignore irrelevant information slows people down, it’s recently been suggested that when people are given time to learn what’s possible to ignore, they’re able to complete tasks faster and more efficiently. In fact, those explicitly ignoring distracting information improve their visual search performance – a critical skill for professional searchers, like radiologists and airport baggage screeners, according to Johns Hopkins University’s latest research. In two experiments, researchers asked several participants to search for certain letters on a computer screen. They had to find either a capital “B” or an “F,” among other letters of assorted colours. Sometimes, the participants were told the “B” or “F” would not be a certain colour, like red. Other times they were given no colour hints. Read more about increasing productivity in your business: When participants were given one colour to consistently ignore throughout the experiment, their reaction time slowed at first, but after extended practice, they were finding the target letters significantly faster than participants who weren’t given a colour to eliminate. In fact, the more information participants were able to ignore, the faster they found the target. Although trying to disregard distractions might initially slow people down, the researchers concluded that over time, people are more efficient when they know what’s not worth paying attention to. The ability to ignore is a key part of the ability to pay attention. “Attention is usually thought of as something that enhances the processing of important objects in the world,” said Howard Egeth, a professor of psychological and brain sciences at Johns Hopkins. “This study, along with some recent work in which we measured brain activity while subjects responded selectively to stimuli presented in the midst of competing stimuli, highlights the importance of active suppression of those competing stimuli. It’s what I think of as the dark side of attention.” As such, we can discern that a certain lack of focus at work may not be entirely your fault – take the information overload slowing you down, for example – reasons for which span from the medical to the instinctual. The good news is there are always ways to improve one’s ability to pay attention. A study out of the University of Wisconsin-Madison, published in the journal PLOS Biology, shows that meditation can help. Other work suggests a relationship between exercise and attention, too. Research by Arthur Kramer, a professor in the department of psychology at the University of Illinois, has shown that when sedentary adults aged 58 to 78 take up brisk walking they can improve their ability to ignore distractions. And the same may be true of mental exercise. Crucially, all methods seem to involve cementing a dose of healthiness into your company’s culture. Research and theories have all claimed to possess the answer or dismissing the UK as being one of the worst for productivity in Europe. Plenty of column inches have been filled and negativity created as a result, yet while externally, business leaders insist they are looking to overhaul this, very little seems to be occurring in the form of change.  Image: Shutterstock By Shané Schutte