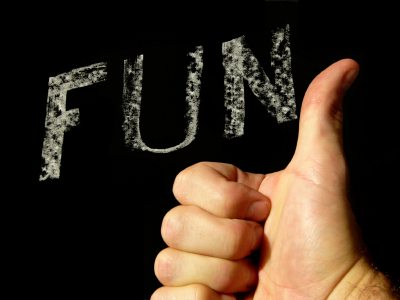 The gamification of things which definitely aren?t games has been on the steady increase over the years. From teachers offering out experience points and levels instead of grades, to the Israeli Defence Force giving out ranks to returning visitors to their blog (during the current inflamed conflict with Gaza, of all times), it seems that plenty of people have realised the positive aspects of taking advantage of human?s addiction to meaningless rewards (such as: “Nice one! You just bought your 300th apple! You have reached the Super Apple Collector level!”).

Businesses have taken to this idea with much gusto (apparently 70 per cent of Global 2,000 companies will have at least one gamified application by 2014) with varying degrees of success. There are plenty of examples where gamification is a perfect fit; such as with exercise programmes or apps. This is because you?re getting rewarded for a task you don?t really like to do (15 points for a run, 30 points for a cycle, etc). It taps into our brain?s hardwiring and takes advantage of the basic psychological want for rewards. Then there are the middling examples where it doesn?t really help or hinder the site and wherein it?ll depend on the individual user. Korean pop site, Allkpop has a rewards system in relation to commenting and interacting with the site. I?m sure some people absolutely love this, but it isn?t essential for the site. Whereas the exercise example above would attract and keep more customers, the same thing on a music site will be just a nice addition, but it won?t keep them coming back if the content is rubbish. The problem is that with any business gimmick or fad, people get sucked in quickly and think they?re missing out. They quickly head out to find someone to add whatever is popular to their company and wait for positive results to appear out of thin air. These results often never appear because not all fads fit with all businesses. There are some things to think about before adding a leaderboard to your fishmonger company website. Consider your customers. Are they going to like gamification or will it just irritate them and cloud the consumer experience? The older market will, for the most part, find any point scoring or badge earned as superfluous rubbish that?s getting in the way of their purchase. They want to just be able to go to your site, buy what they want and leave. That?s it. If you?re asking them if they want to share their achievements on Facebook or Twitter, it?s just going to frustrate them and turn them away. Remember, there are people out there who are hostile to unwanted extras and social media. Just because it?s something everyone is talking about at the latest convention doesn?t mean it works. The people suggesting this stuff is not always the market, their excitement will not always translate well to your customers. One of the supposed positives of adding a game element is the ability for customers to share their rewards on social media sites. This in turn is meant to encourage others to visit the site and join in. It sounds like a good idea at first, but then you consider social media etiquette. You?re essentially encouraging people to annoy their friends with updates directly related to you. If people aren?t interested the first time, they?ll just find it annoying the 10th time and, on top of having a go at their friend, they will associate your business with that annoyance. Finally, as it spreads and spreads there is a chance, for a while at least, that gamification will become the norm amongst businesses and you?ll be hard pressed to find a company that doesn?t do it. This would be your chance to stand out. There are plenty of people who hate it already and, as tends to happen with fads, this number will increase. You could use your non-gamified site as a marketing angle. You?ve kept things simple and uncomplicated. It?ll be a breeze to bring in anti-gamification customers. This article isn?t to say that gamification doesn?t work at all of course; just a warning to not fall for the fad. Think hard about it first before wasting money on something that could at best do nothing to improve your business and at worse turn customers away. It is not a one size fits all tactic. Don?t get caught up in the hype. Joshua Danton Boyd is a copywriter for the small business accountancy firm Crunch.