Fear of Wikileaks’ disclosures is leading Bank of America to register domain names that feature its senior executives’ names followed by “sucks” and “blows”.

Brian Moynihan is the CEO of Bank of America.

What’s Bank of America’s strategy? Well, while it isn’t confirmed that Wikileaks actually has any juicy/inside information about Bank of America, the company isn’t taking any risks about a potential future backlash against its senior leadership.

Wikileaks’ founder Julian Assange told The Times this week that he had enough info on a major US bank to force the resignation of its major bosses.

Although Julian Assange hasn’t yet revealed which bank Wikileaks holds internal documents and emails from, most fingers are pointing towards Bank of America.

By buying these domain names, Bank of America is trying to protect itself against anyone using the domain in a manner the bank doesn’t like.

Some of the other names that Bank of America has registered include those of CFO Charles Noski, chairman of the board Charles Holliday and board member Charles Rossotti. As well as buying .com names, Bank of America is also registering .net and some .orgs as well, just to be on the safe side.

But as DomainNameWire.com – which uncovered the story – points out, what’s to stop anyone from registering .info domain names? Anyone up for buying BrianMoynihanSucks.info?

What are you hiding, BoA?

Anyway, although I think it’s an interesting approach, my initial thought is this: does Bank of America have something to hide?

If Bank of America’s initial reaction to potential emails being leaked is “Sh*t! We’d better register all these domain names then!”, surely it means they’re expecting a pretty big backlash from having these documents released? This looks to me like they’ve got a guilty conscience.

Bank of America, what are you afraid of?

Should the VAT rise be delayed? 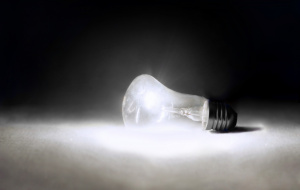