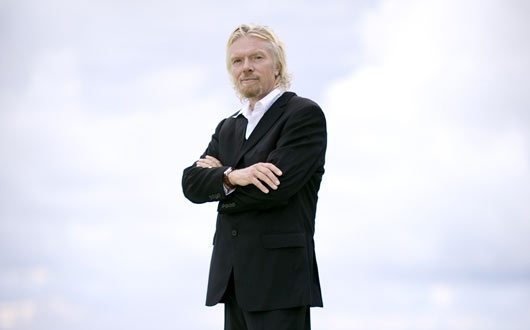 Richard Branson is the subject of the latest US State Department cable leaked by Wikileaks.

Virgin-founder Richard Branson, who left school aged 15, attended a lunch in Beijing in January 2008, where he lashed out at the British education system. At the lunch, a group of Chinese businessmen told Richard Branson that British entrepreneurs are “overeducated, too conservative, lacking passion for entrepreneurship and too afraid of failure”. According to US ambassador Clark Randt, Richard Branson was then said to agree that “British entrepreneurs are overeducated and that schooling does not prepare one for entering the business world”. You can view the full cable on Richard Branson here. Richard Branson on education Richard Branson’s views, as revealed in the leaked cable, aren’t new. In the past, Richard Branson had already openly said that further education is just a first step that “in no way guarantees success”. In a post on the Wall Street Journal‘s Livemint blog, Richard Branson had previously written: “Virgin’s projects and industries are so varied that my job provides me with an experience I often compare to an extended university course. “When I was young, school wasn’t easy. I wasn’t a great student, partly because of my dyslexia (which wasn’t diagnosed until later) and partly because of my restless nature. I found it hard to concentrate in class and spent much of my time in school dreaming up and setting up new businesses. “However, my story is a very personal one. My strategy will not work for everyone. A diploma can be very useful, since it shows that you’ve gained the skills and other building blocks required to start your career.” Richard Branson isn’t the only highly successful entrepreneur to have left education early, the Guardian points out. Amongst others, Microsoft co-founders Bill Gates and Paul Allen and Apple co-founder Steve Jobs left school to set up their own businesses. Multi-billionaire Warren Buffett also failed to complete his education, while Mark Zuckerberg was just 20 when he launched Facebook.