The big question now is whether we will see the trend for increasing numbers of IPOs to continue in 2015.

In London, there remains a good pipeline of companies (including Trainline Investments which announced its intention earlier this year to proceed with its IPO, with dealing expected to commence in February 2015) seeking to IPO on AIM or the Main Markets. Since the start of the new year more companies have declared that they are considering an IPO in 2015, including furniture company DFS (expected to be valued at £1bn), HSS Hire (trying to capitalise on the resurgent construction market) and Auto Trader. Whether this will translate into another good year for IPOs, or find the 2014 trend will trail off, especially if the volatility we saw in the second half of 2014 continues, remains to be seen.

Like the forthcoming general election, 2015 will be tricky to predict on many fronts and not only on the equity capital markets. As reported by the Sunday Telegraph, some “Experts have suggested that the first half of 2015 will see an uptick in flotations in February and March as companies work ahead of the Easter break in April and the forthcoming election in May. One business advisory firm estimates that about £5bn will be raised on London’s junior and main market in the first quarter of this year, with between 30 and 40 companies listing.”

Many companies had to delay their IPOs last year because of the volatility in the market and concerns about valuation based on the performance of some of the earlier IPOs. [Two] weeks into 2015 and we can see that factors such as the forthcoming general election, uncertainty surrounding Greece and Europe generally and the continuation in the downward movement of oil prices is already affecting the FTSE. This volatility and uncertainty may dampen investor appetite for new IPOs, especially if they are considered to be overpriced, and may cause IPO candidates to delay their IPOs until after the general election or opt for alternative exit/fundraising routes.

There are various factors that will influence the markets and investor sentiments generally; the next government and how aggressive their spending cuts are, interest rates/inflation, real term wage growth, the extent of the fall in oil prices being passed onto consumers, geopolitical factors and uncertainty in the EU markets.

Institutional investors play a critical role in the success of IPOs. If we want to see IPO activity return to pre-2007 levels, we will need to see more engagement from retail investors in 2015. Continued growth in the GDP should see increased retail investor activity this year.

All things being equal, we may see a flurry of IPOs in the latter part of Q2 2015. Many of the pipeline companies are adopting, or have adopted a dual track process of pursing both an IPO and M&A (Yorkshire and Clydesdale Banks and Auto Trader) routes with the final decision dependent, on amongst other things, market conditions and availability of potential bidders. This approach is not only sensible and helps to maximise exit proceeds, but will boost IPO activity during 2015 even if we have short intervals in which markets are “open”.

Levels of IPO activity will also be determined by the continued flow of overseas companies seeking an IPO in London. The recent announcement by Integrated Diagnostics Holdings (“IDH”), an Egypt-based medical services provider controlled by the Middle East’s biggest private equity firm, Abraaj Group, of its plan to list on the London Stock Exchange in February is certainly a good start to the year. IDH proposes to raise around £200m and could potentially be valued at around £400m.

The number of successful IPOs will also be determined by companies being realistic in their valuation and pricing. We saw the likes of Jimmy Choo accepting a lower price late in 2014 as opposed to delaying their IPO. Other companies delayed their IPO in anticipation that the markets will remain open and less volatile in the first half of 2015.

Mehboob Dossa is a Partner at international law firm McGuireWoods. 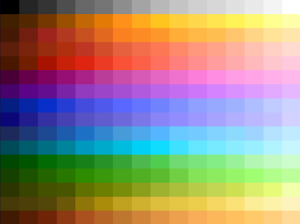 Going global: Which colours can help to win over local customers? 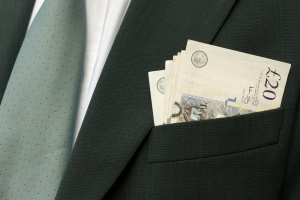 68 per cent of tech professionals say counter-offers are too little, too late