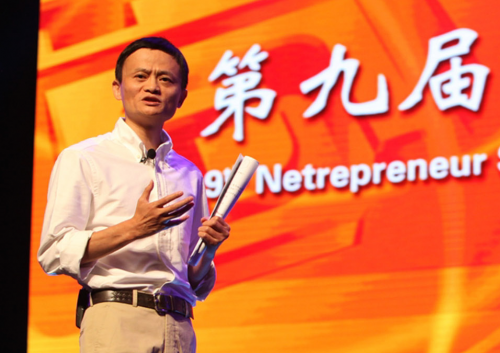 Alibaba has been plagued with criticism for the most part of 2016 about the increase of counterfeits on its platforms, after Jack Ma explicitly said the company was the global leader when it came to fighting against fake goods. In his own words: Alibaba can solve [this] problem better than any government, business or person in the world.

This comment came during an investor conference on 14 June, in which he shifted blame away from Alibaba and announced that counterfeit goods were often better than the genuine article making it hard for retailers to spot the difference. Unsurprisingly, business leaders across the globe have brandished their pitchforks in outrage, with many suggesting Alibaba hasn’t sufficiently kept its promise of cracking down on sellers. For example, Strategic IP Informations CEO, Bharat Dube, claimed that for Ma to have said what he did required both hubris and chutzpah and that the companys efforts were deemed superficial .

Read more about trade marking your brand and products:

It’s unfair to say Alibaba has done nothing to satisfy the urgings of retailers. The company works with China’s police force to track people making and distributing fake products, and has two officers stationed within its headquarters developing counterfeit detecting software. It evenopened an English-language website through which brands can file take-down requests. But this, according to many, has been a mere pebble in the pond when you take into account how often counterfeit goods find their way onto the platform and how many times Ma has been sued because of it. All of the company’s efforts could be for nought given that, knowing that counterfeits run rampant on its platforms, it still approves some 100,000 new shops on Taobao each day. One could almost wonder whether Ma’s ability to provide for those looking to make a living in China outweighs his thoughts on upholding trademark rights. And while hemay well be considered a hero for entrepreneurs in China, hes going to have toput a system in place to protect international trademarks in order to realise his ambitions ofcreating a marketplace with a global footprint. Ok, so maybe it’s “a DNA thing”, as was suggested in an article on The Robin’s Report. It argued that in China it was regarded as an honour to have someone recreate your design and that many didn’t mind buying a counterfeit product. But Robin Lewis, the article’s author, sums it up well when he suggested others didn’t think that way. He also goes on to cite an alleged, and somewhat audacious, comment Ma made in regard to luxury brands. “How can you sell Gucci or whatever branded bag for so much money It’s ridiculous. I understand branded companies are not happy, but I also say you have to check your business model.” Whether his comment which in itself brought on a wrath of the titans is wrong or right, failing to clean upAlibaba’s platform will just end up alienating retailers and shoppers from abroad, who don’t like being ripped off. And there is no doubt that if he doesn’t start taking complaints from global brands seriously, he’ll end up losing a lot of business. Many counterfeiters are being drawn to online shopping sites such as eBay and Etsy to sell their fake goods. Here is what you can do if your brand is being abused. By Shan Schutte