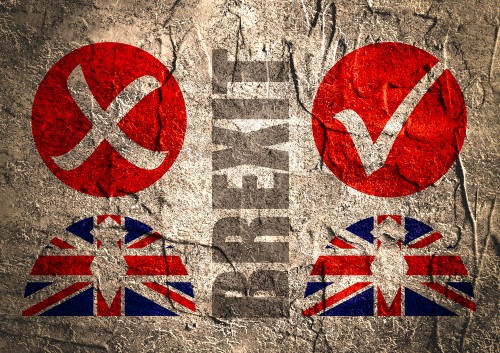 The industrial and financial power of the United Kingdom, which has been one of the three economic engines of the Union to date, are no longer part of this bigger picture. Weeks and weeks of scaremongering, false promising and fear seemed to have won over the British in the end.

Brexit is most likely to spell the end of the UK as we know it. Scotland will most likely push for independence and (re)join the EU; Northern Ireland may call for a border vote. The millions of EU nationals currently working here, like myself, will have to get visas or leave. This might trigger the biggest skilled worker migration in decades and seriously hurt the UK economy. Britain has been an important cradle of entrepreneurship in Europe and the loss of its leadership in the EU will unequivocally affect European entrepreneurship. Foreign entrepreneurs located in the UK might leave the country due to the new market situation and requirement for applying a work permit. Conversely, the same might occur for English entrepreneurs working in Europe due to immigration restriction. A vast number of “our” talented entrepreneurs and workers are EU citizens, non-UK. As a result, many have said that if Britain decides to leave the EU, they?ll also leave ? which is a huge issue for the tech industry, and talent in general. Read more about the Brexit debate: Being an entrepreneur myself, having recently founded Revere Care, providing home care solutions for people in later life, the idea that tens of thousands of care workers may have to pack their bags and leave is a massive worry for the care system at large.  I know that at the moment, there are thousands and thousands of elderly being neglected and ignored as a result of our failing care system. The truth is that turning our back on the EU is most likely to cause even further cracks in our already damaged health system, resulting in the care crises worsening, as the healthcare spending will be reduced.  It?s a fact that the UK is struggling to cope with the demands of a rapidly ageing population with increasingly complex needs. This will become an ever bigger problem as UK pensioners residing in EU countries will immediately loose the right to access essential healthcare, which would start a mass immigration back to UK in turn overcrowding an already failing NHS. I wish that some of our main ?Leave? campaigners would have acknowledge the immense contribution than migrant workers make to our NHS instead of demonising them at every turn. Having said that, Britain has decided to leave the EU and we must now ensure that we continue to keep the doors open to entrepreneurs and the talented migrants so Britain can remain the best place in the world to start and grow a business. Marek Sacha is CEO and co-founder of Revere Care. We have all known for years that most main party leaders are given to manipulating facts and figures to suit themselves. Never, till this vicious back biting, cat fight of an election has it been so starkly revealed that we can barely trust a single word that comes out of their mouths.