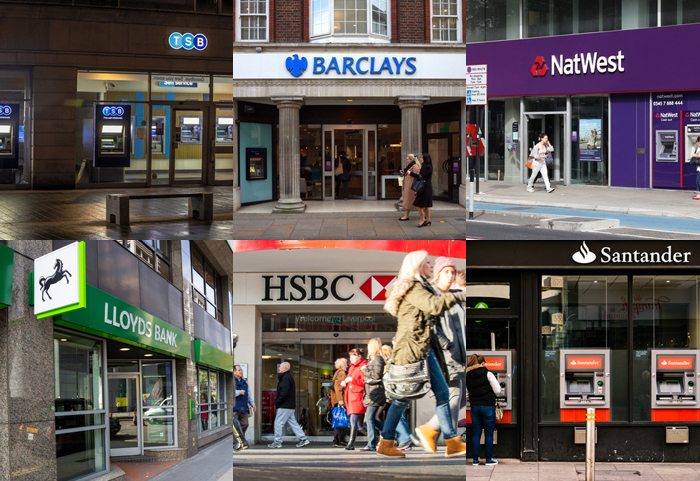 Share via
They are cannon fodder for headlines, but the shuttering of doors at bank branches around the country seems to be gathering pace as we embrace an increasingly digitised world. While high street banks work out new ways to be cost effective while still maintaining service levels, businesses such as Tide have fully embraced online by launching an app that caters for everything a small business could want from a finance partner. To provide some context about the situation of bank branches throughout the UK, Real Business reached out to all the major high street banks, and some challengers, to see what each had in store for closure of bank branches in 2017. The relationship a business owner has with their bank manager is one which pre-dates modern financial innovations such as crypto-currency Bitcoin, chip and pin and the internet. It goes back to before chequebooks and even stock markets – so why are more and more companies forgoing the “bond” and thinking digitally? Cathy Hayward, managing director of Magenta Associates, runs a company that turns over around £600,000 a year. She much prefers banking online and occasionally chatting to the bank over the phone. “A couple of times I’ve been called into a branch to sign documents and have an update chat. I find it a complete waste of time and a real hassle when I have much more pressing things to do. Our business bank (HSBC) still gets us to fill in paper forms and send them back to them. That seems madness in this day and age,” she added. This sentiment is shared by business owner David Alexander, who runs sports agency Calacus. He was attracted to Santander because it offered free business banking for life. As someone who rarely uses cheques and doesn’t have a shop, internet banking has always been the most efficient way to manage his company’s finances. “I was given a debit card and a payment card for making cheque deposits via one of their ATM cheque deposit facilities but I can’t remember the last time I used it,” he told Real Business. “I’ve never met anyone from Santander and when I have had a query, which is rare, I just phone the call centre. Is it any wonder that some of the highest rated banks are online only? People don’t have time to queue in a branch let alone have regular meetings where all they are likely to do is try to sell you some additional products. “It’s the same in my personal life. I haven’t been into a branch for Lloyds in years because everything is done online these days. I used to have a branch manager but they changed so often it is no wonder they have become far less integral for banking in general now.” Even when it came to an overdraft, this was an arrangement Alexander sorted out over the phone. While serviced-based businesses often have little need for physical interactions with a bank branches, smaller shop-based operations are dependent on having a place to make cash and cheque deposits. Speaking in 2016, Federation of Small Businesses (FSB) national chairman Mike Cherry said: “Our members tell us branch closures by high street banks are leading to greater financial exclusion for small firms. They are having to spend more money and time away from their business in order to deal with banking needs, especially those that physically handle cash. “We would urge all high street banks to do their utmost to abide by the terms of the Access to Banking Protocol. They must also engage with affected communities to understand the impact and support smaller businesses towards accessing alternative banking services.”

For Bizdaq CEO Sean Mallon, while he does use online banking regularly he believes there is no substitute for having physical branch branches you can go into. “We, like many other small businesses, still deal with payment through cheques and without a branch to pay them into we wouldn’t be able to access that money,” he explained. “Being able to speak to someone face-to-face in a bank is also very useful for us as a business, as it ensures that if we do have any issues, we’re able to resolve them far easier than through a live online chat.” The creation of digital-only services such as Tide have thrown up the debate of how business owners can secure advice and guidance when it comes to financial issues. Speaking to our sister title Business Adivce, Tide’s founder and CEO George Bevis said his company’s response to this is an online community. “We take the view that bankers have historically been terrible sources of advice and guidance – far worse than accountants and other real experts,” he added. “We want to create an open space where our members can share their expertise and discuss their needs.” But this new-found approach to handling your company’s finances does not sit well with Tom Jeffery, head of ecommerce at high street clothes chain Jules B. He and the business prefer physical branches, and deal with them almost every day. “We feel safer and more secure using banks that we are able to physically visit, usually with the day’s taking from the stores. We also get a more personal service this way.” Janet Murray of media training business Soulful PR is also of this thinking. She “hates” that she can’t get into a bank to speak with a “real person” about her account. With a limited company, various income streams and lots of questions/challenges needing help with, she feels banks are missing a trick when it comes to small business advice and support. “I’d happily pay extra to have the option to meet with someone to review my accounts quarterly or once a year but they just don’t seem interested,” she revealed. TSB, since coming back to the UK high street in 2013, has decided to take a different approach with its branches. After surveying customers and finding out that 87 per cent wanted TSB staff on hand to help, a “human touch and personal service” remains in bank branches. However, as 60 per cent want more self-service facilities, TSB has also decided to boost this element too. Whatever happens in the future, incumbent high street banks will have to adapt and move with the times – improving digital offerings and making it easier for time-pressed company owners to deal with their finances in the most expedient way. As we’ve found out by speaking with British business builders, there is still a desire to access face-to-face advice and guidance when necessary. Banks must work out how to do this cost effectively and on a wide enough scale around the UK.