When you talk about Facebook, you are talking about two things: the company, and the users. These two factors combined make it the global phenomenon of today, the next five years and beyond.

On April 29, 2011, William and Kate stepped out onto the balcony of Buckingham Palace, below which 500,000 people stood, waiting to watch their first kiss. Now, if you interviewed everyone there for 30 minutes about what they had been up to over the past week, you’d still be there 28 years later.

Each month, we spend 1.3 million years on Facebook, talking about what we have been up to, commenting and sharing more than 30 billion pieces of content. Without doubt, Facebook is the greatest single living social network, with an incalculable social graph, embedded in the lives of more than 640 million people – and growing.

By August 2012, one in six people globally will be a member. Facebook is fulfilling a fundamental need – and the numbers speak for themselves.

These facts alone set it apart. But at the heart of this network is a mightily agile company, with huge ambitions and an ability to adapt and learn from mistakes. Facebook has only just started its evolution of products and services. These come as online behaviours and demands are changing – moving away from the habit of visiting websites, to the expectations and comforts of the “app experience”, in which Facebook itself represents the largest app of all.

This is so much more than asking if a single company will be here in a few years or not. Today, an appetite for mobile and local services is forcing the issue. Facebook is at the front of the queue, with half of all users on mobile, twice as active as desktop users, and with more than 200 mobile operators in 60 countries working to deploy and promote Facebook mobile products. More than 22 million Facebook applications are installed per day.

Looking at UK SMEs, it’s unsurprising to learn that more than 50 per cent are embracing social media to source new business and stay in touch with existing customers. It makes sense – it’s a faster, cheaper and warmer way to retain and recruit.

We know that word of mouth is invaluable to any business. A great example of growing brand loyalty through Facebook fan pages is Houston-based Desert Gallery cafes. A Harvard business study found their Facebook fans were 33 per cent more likely to spend than non-fans, and a third more likely to return.

Intuit’s company TurboTax allows customers to review their tax-saving products via Facebook – more than 80 per cent of new customers come from Facebook recommendations.

Yell.com has invested significantly in Facebook advertising and now offers this as part of its netReach product to small business customers.

At the end of 2010, for the first time ever in the UK, Facebook passed online advertising giant Google in popularity. I think we can guess where businesses will start to focus more of their advertising budgets…

A prominent argument for the fall of Facebook is to compare it to MySpace. Facebook however is in an entirely different league. It’s the smarter, slicker younger sibling, led by technology and innovation – as ambitious as Apple and Google, and with a social graph that overshadows all others.

Ultimately something better may come along but what is clear is that this is not about replacing a product or a website. This vast network is facilitating change; laying the foundations for a global voice of unprecedented levels.

Described recently in Time magazine as “a species level event”, the sheer size and scale of Facebook prove it’s here to stay. And while some argue about whether businesses should take it seriously, others have seen the opportunity – and are getting results.

Read Guy Levine’s article on why Facebook will be dead in five years. 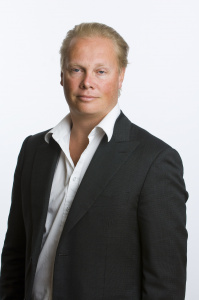