The taxi drivers who brought the claim with the support of the GMB Trade Union successfully argued at the Uber employment tribunal that they were not truly self-employed as freelancers and should at least be considered as workers. Consequently they should be entitled to minimum employment protection rights.

The distinction is crucial because by being classed as workers these taxi drivers will be entitled by law to, for example, have the right to receive the national minimum/living wage, statutory holidays, rest breaks, and membership of a qualifying pension scheme.

However, these taxi drivers are not employees so they’re still denied some legal rights that are available to employees – think the right to claim unfair or constructive dismissal and the right to any qualifying redundancy payments.

The question now is whether the Uber employment tribunal ruling will open the floodgates to further claims against Uber and other similar firms where “freelancers” are used “on demand” for short term engagements, with the answer being “highly likely.” In fact, HMRC is setting up a new unit – the “employment status and intermediaries team” to look into suspicions that businesses in the gig economy are cutting corners to deny workers their basic employment rights. The concern is that if Uber drivers – and those in similar industries – are workers then income tax and Employer and Employee national insurance should also be paid and not avoided.

Furthermore, what is not clear is the impact the Uber employment tribunal decision will have on the wider gig or “on demand” economy, where various services can be provided to the general public, for example booking a cab, ordering a take-away, all at the click of a mobile phone app.

The business model operated by these companies, who class themselves as technology platforms, is based on using the services of freelancers who sign up to provide their services and who in theory are free to accept work.
The reality for many however, is that they are not free to decline work and that there is a degree of control by these companies – an argument put forward by the Uber drivers claiming they didn’t have the freedom to work elsewhere as truly self-employed contractors.

However, some freelancers are happy with their flexible arrangements and the Uber case doesn’t mean every legal challenge will succeed as every contractual arrangement is different. Also, an Employment Tribunal Decision does not set a legal precedent, only decisions by the Appeal courts can. To date the benefit to “on demand” companies like Uber is that they take a healthy commission for example from the taxi fares without any of the employment costs like employer’s national insurance contributions and the costs of operating a payroll system – savings they can pass on to the customer.

But, if Uber loses its appeal against the decision, then all this will change with the need to provide minimum legal safeguards such as minimum wage protections, holiday pay, rest breaks and pensions; significantly increasing their operating costs.

Whilst we await the Uber appeal outcome – which could be for some time yet – smaller ‘gig’
organisations should review their recruitment policies and practices to ensure they’re protected
against a similar fate as Uber. Check your workers have all terms and conditions of employment set
out clearly including pay rates, hours of work, role and responsibilities. Ensuring both sides are clear
and upfront with each other on what they expect from the role and treating freelancers fairly at all
times, is always the best way forward. 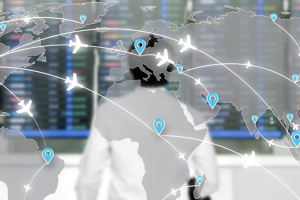