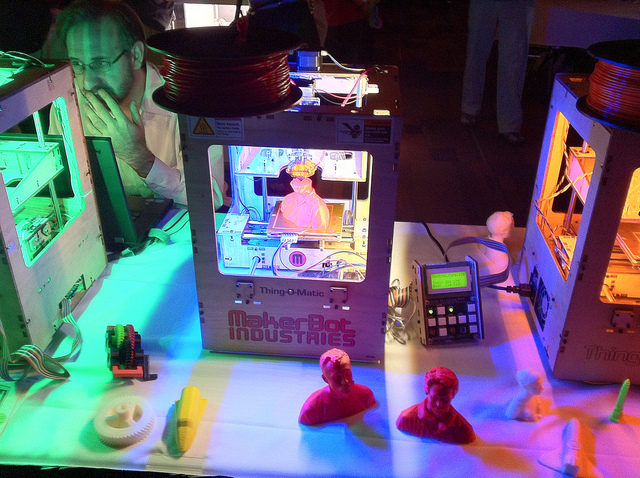 I want to air a dirty secret. 3D printing is pretty problematic for home users as the list of glitches and problems is simply too long.

First up is the issue that they only print plastic. No metal. This means the objects which can be created are severely limited, not to mention that the plastic is of limited durability. It could get too hot and simply melt. So consumers can make stuff like iPad covers, but not lids for cooking pots. And printing isn?t easy to do, says Simon Scott, general manager of industrial giant Renishaw. He runs Renishaw?s additive manufacturing products division, so know his stuff. ?I think there’s a common misconception that 3D printing is as easy as ordering a take away, when in fact, it’s more like carefully preparing a gourmet meal,” he revealed. ?The reality is that there is a lot of knowledge required to design the build process. Furthermore, most 3D printed parts demand some form of post-processing once removed from the machine. This could involve the removal of support structures or polishing for example.  ?For this reason alone I’m not sure whether 3D printing for the average consumer will catch on in the short term. It seems like far too much work!?

Antony Bourne, global industry manufacturing director at IFS, sees more problems: ?Consumer devices are not sufficiently user friendly to set up, calibrate and operate, so a lot of time and effort is required to start printing small things. Therefore we should not over-promote this new manufacturing process as being the solution to your normal household problems, such as when you need to replace utensils or even create your dinner from scratch.? The software is far from simple. A lot of consumers find Microsoft Word tricky to use. Moving over to CAD design software is a new level of complexity. Granted it is possible to simply print out pre-existing designs, but this solution is pretty defeatist. What is the point of owning your own 3D printer, if you aren?t going to determine what it makes? Perhaps the biggest threat to the home 3D printer market is the rise of the industrial 3D sector. Consumers will be able to order objects on demand and have them couriered over within the hour. This way they only pay for what they need. They can access industrial machines with 100 times the accuracy for zero capital outlay.  Even the guys who use 3D printers are doubtful of their current appeal for home users. Ben Mainwaring, Strategy Partner at innovation company Matter, lists these six hurdles 3D printers need to clear if they are to become serious propositions for your average household.

Much as it?s lazy and obvious to cite Apple, their fundamental ethos of bringing powerful technologies to within accessible and easy reach of many people has made them the most valuable company in the world. This ethos is driven by simplicity – make the product as simple as possible to use (but no simpler) and it effectively becomes invisible or an enjoyable experience. Current experiences with 3D printing are a million miles away from this.

The technology has to work out of the box first time, and every time. Anyone who has left a 3D printer on overnight to replicate a design, and come in eight hours later to discover the dreaded plastic spaghetti knows that there?s some significant way to go on this measure.

They take an age to print, and then you have post-print and finishing stages before you get to admire your newly 3D printed object. It?s nowhere near the media impression of print out something on a whim and hey presto! Speed needs to be radically improved for it to be acceptable to consumers used to fast fibre internet connections.

With consumers used to the slick unibodies of curved glass and aluminium from leading smartphone manufacturers, the first time you see a 3D printed item can come as quite a surprise: the surfaces are rough, lined (due to the lay-up of resin) and look unfinished. It takes many more hours to have something highly polished, and even then they lack the fit and finish of manufactured goods. Getting nearer to the industrial benchmark should be a key aim for the market.

It?s a bleeding edge consumer proposition at the moment, and those who are early adopters are taking an awful lot of pain in attempting to seed 3D printing into he mainstream, and that?s before we get onto the cost/value equation. At present, 3D printers are cost-prohibitive as even a significant niche consumer proposition. Naturally, with greater penetration comes economies of scale and the potential for these initial outlay costs to fall, as is the case with most consumer electronics. But, this brings us to our final point?

There simply are not enough compelling reasons to have a 3D printer in the home right now. The objects that can be printed are of low relative value, or are highly bespoke to particular circumstances and thus in the main of functional value. As such, faced with competitive threats like Amazon and the high street 3D printing faces its biggest challenge in convincing a sufficiently large enough audience to believe that their is a ?killer app? for such a device; and frankly, there just isn?t one. Yet.  The market is flush with consumer devices, from the RepRap Mini Kossel to the MarketBot range. But unless the industry can tackle this long list of issues it will be a while before we see 3D printers appearing in anyone?s Christmas stockings.
For now entrepreneurs should be looking at the industrial 3D printing market. The home sector may turn out to be a long-term flop. Image source