According to the coalition government’s ambitious banking reform plans, the structure of the UK banking sector is about to be fundamentally changed. Banks will become more resilient to shocks, more resolvable in the event of a failure and reduce the severity of future financial crises. Will the new legislation result in less or more money becoming available to British businesses?

Financial secretary to the Treasury, Greg Clark said that “the Banking Reform Bill will bring about the biggest shake-up of the structure of banking for decades, making the banking sector safer and better able to serve the needs of individuals and businesses.”

The government will implement the Independent Commission on Banking’s recommendation to separate important, everyday banking activities from more volatile investment bank activities, by introducing a ring-fence around the deposits of individuals and businesses.

George Osborne seems to have made a U-turn following last year’s Parliamentary Commission on Banking Standards. As the draft legislation failed to procure financial stability, the government will ensure that the Bank of England has a reserve power to completely separate an individual bank, if necessary. This is to prevent banks from flaunting the rules or proceeding with risky investment banking activities.

The so-called “casino operations” by banks have been blamed for the collapse of world banking in 2008. Under the reforms announced by the coalition government, the investment and high-street operations of UK banks will have to be run by different chief executives.

Taxpayers should no longer be on the hook for banks that get into trouble. The Financial Stability Board will ensure that the industry, not the taxpayer, meets the Treasury’s costs of working within the new parts of the international regulatory architecture.

However, although the new legislation will give the government power to ensure that banks are more able to absorb losses during a crisis, it will inevitably result in less money becoming available to British businesses. In fact, the Banking Reform Bill might make it harder to raise capital.

“What is seen in global banking terms as punitive legislation in Britain will make the City less attractive to investors around the world. This will inevitably result in UK banks making less money and therefore less money will be available for them to lend to business,” said ex-investment banker with Societe Generale, Will Davies. “Any constraint that is placed on a banker will ultimately limit the amount of money that he/she can earn for his bank. This is not good legislation for Britain’s future economic growth,”

Some believe that the Banking Reform Bill will lead to chain events that will cause our future economy to suffer. The Bill will first create uncertainty for investors, which will make it difficult for banks to raise capital.

“No other major economy is considering moving away from the universal model of banking because it undermines banks’ ability to provide all the services businesses need,” said Anthony Browne, chief executive of the BBA. 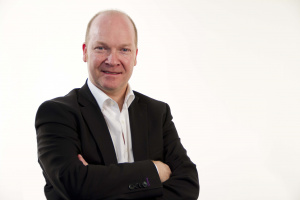 How to drive a bootstrapped startup to worldwide success 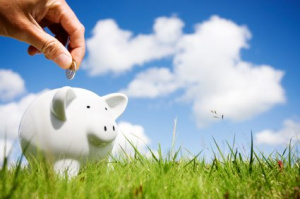