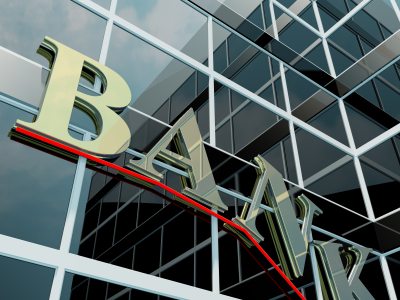 The last few years haven’t been kind to our high street banks. Between a colossal recession largely caused by their own irresponsible lending, scandals such as PPI mis-selling and LIBOR rate fixing, and the ongoing furore surrounding their executives’s fat-cat remuneration, it’s fair to say they are having a bit of an image problem.

Banks are not just suffering from a PR perspective, either. Nimble young companies are nibbling away at their peripheral businesses and, slowly but surely, eroding their stranglehold on financial services. Firms like TransferWise and Azimo are offering pain-free and dirt-cheap currency exchange, MarketInvoice are doing fantastic things with factoring, and peer-to-peer lending both to businesses and individuals is exploding. Even controversial payday loans providers like Wonga are stealing business from the banks (for better or worse). Banks – and let’s be quite clear about this – are not pulling their weight. Most of the lending models they use are based on the old job-for-life economy where a graduate would join a big company in their early twenties and climb the same corporate ladder until they retired half a century later. Things don’t work like that anymore. The freelance and flexible work economy is not just growing, but exploding. The UK has seen a 20 per cent increase in full-time freelancers in just the last five or so years, and those in full-time employment has decreased by half a million in same timeframe. Part-time workers, meanwhile, have increased by 300,000 to top 8m (plus another 200,000 or so on zero-hour contracts). Add all these flexible workers together and you’re not far off half the working population of the UK (which is currently slightly less than 30m). When you examine the trends on a macro level it’s obvious the UK’s employment landscape is changing. Jobs for life are disappearing fast, with a flexible, entrepreneurial approach to finding work becoming more and more common. The banks aren’t built to deal with this – indeed, they don’t know how to deal with this. I’m five years into building my second company, Crunch, having sold the first for several million pounds, but I cannot for the life of me get a mortgage. All the banks I’ve spoken to want to know when I’m going to sell my current business, and are baffled when I tell them the plan is not to sell, but to continue growing it. As a company director and majority shareholder they look straight to the company’s accounts and see three years of losses – par for the course for a growing technology business – and slam the door in my face. One of the team at Crunch is in a similar situation; he works full-time but freelances on the side, his wife is a freelance writer and teaches at an International School on a zero-hour contract. The banks have a similar reaction. They “umm” and “ahh” and ask them politely to leave – they can’t get their heads around their income. Rather than try to work out a solution, they take the path of least resistance – the path their credit-checking algorithms tell them to take – and just shoot them down. Of course these are the same banks angling their financial products at startups. Possibly the most damning indictment of the banks’ failure is that the free market they so treasure is now rebelling against them. Bank lending is currently at its lowest level since 2006, and where they are closing doors, windows are opening. Figures from Nesta estimate that crowd and peer-to-peer funding (that is, funding that bypasses the bank altogether) for UK businesses topped £185m in 2012. That’s still only around 0.05 per cent of the figure lent by banks, but amazing growth for an industry that has only existed for three years. In some quarters this sudden influx of challenger financial service providers is seen as the unsustainable symptom of a fast-growing tech sector, but the demand for alternative finance goes way beyond online services. Last year Credit Union membership in the UK passed one million people for the first time, and entrepreneur Dave Fishwick’s experiment in setting up a small, local bank received nationwide interest after Channel 4’s Bank of Dave series. Not only are the public behind alternative lenders, but – and this should really scare the banks – the government is too. Millions have been funneled into the East London tech scene, home to most of the UK’s “FinTech” (short for Financial Technology) firms, £35.6m was given to credit unions, and the Startup Loans scheme has helped thousands of small firms access startup capital where the banks had refused. Chancellor George Osborne, in an uncharacteristic display of moxie, told a room full bankers he wants to see “upstart challengers offering new and better services that shake up the established players.” The sad truth is that the whole world is against the banks. Their reputations are in tatters, and they are either unwilling or unable to fulfill their primary purpose – to lend money. Of course, there will still be banks in 2023, but I imagine they will be very different beasts to the institutions we have today. The real question is when, between now and then, will our current crop of bankers realise they’re destined for the scrapheap? Darren Fell is managing director of Crunch Accounting.