Prior to the new law, companies risked being sued for copyright infringement is they came too close to another company’s branding, as was seen by the 2009 Ada campaign. The ECJ ruled against their use of the slogan “Be a real spec saver at Asda” and “Spec Savings at Asda”.

And animal rights charity PETA, which had previously launched numerous US parody sights, was banned from using kentuckyfriedcruelty.com and bloodyburberry.com in the UK.

Now is the time for SMEs to take advantage of the law by having fun and, dare we say, a little cheeky?

Brits, prepare yourselves for some rather risqué advertising in the future.

But Iain Connor, partner at law firm Pinsent Masons, warns that this does not give brands carte blanche when it comes to parody as fair dealing and defamation still exist. “Lots of brands want to ensure their brand ID is not in any way associated with any other brand. Parody can easily blur the message and for certain brands it will never be appropriate. You’ll never seen Pepsi take on Coca-Cola,” he said.

Echoing this sentiment, Dan Smith, director and head of advertising at law firm Wragge & Co, advises brands to think of any possible legal ramifications before taking a “fun dig” at bigger brands. “I honestly don’t think [the new rule] will have a great deal of difference. This will not usher in some kind of brave new world of creativity.

“Brands quite rightly jealously guard the look and feel they have built up around products and advertising and if a rival tries to adopt certainly elements they could be sued,” he concludes. 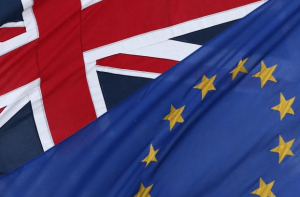 Stay in the EU and keep exporting, says UK plc

Bring Your Own Device (BYOD), future or fad?