This was according to a “Beyond Digital” report collating the feedback of over 1,000 UK employees, which suggested the primary reason for this belief was how technology was being used in the workplace.

Trying to examine how new technology trends are set to disrupt UK businesses and employment over the next five years, the report found that 91 per cent of staff do not believe their businesses will stay competitive, with 50 per cent stating that firms will have to invest in new technology in order to keep up.

The biggest barrier to adopting technology, according to companies, was a growing unease of how they worked. It was also suggested that many firms simply “jumped on the bandwagon” without considering which technology was best for business.

It’s not just businesses that are behind the times. Infomentum’s report highlighted the need for UK workforces to prepare for significant changes over the next five years. As new technologies come to replace a proportion of manual jobs, 61 per cent of employees expect their own professions to become increasingly automated by 2020.

Commenting on these findings, Vikram Setia, chief commercial officer at Infomentum said: “As technological advancements reach a pace of near constant change, businesses must be more sensitive than ever to the way new technologies are affecting reputations and ultimately bottom lines. As we move towards 2020, this constant change is no longer something that businesses must prepare for, but rather a reality that all organisations must embrace. Businesses, employees and even governments will all be affected.

“Attempting to fight against this torrent of change is to try and fight the future itself. Improvements in technology, automation and efficiency are coming, the only thing we as businesses can do is embrace this fact and attempt to lead the change.”

This news comes at a bad time given that the UK has already slipped down the World Economic Forum’s competitiveness league.

While it suggested the UK remained one of the top ten best places in the world to start and grow a business, Sweden had pushed it into tenth place. With the UK’s productivity also being a cause for concern, the fears of employees could become a reality.

Meanwhile, if you’re trying to compete and aren;t too sure who the competition is then here are three ways the digital economy can help you accomplish success in a volatile market of new players. 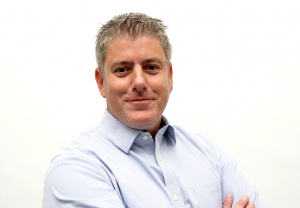 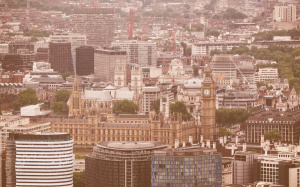