Despite our lives revolving around digital devices, the printed business card as a source for contact details has yet to disappear. There’s something far more personal and quick about snapping one out of your pocket and giving it to someone. That doesn’t mean they have stayed in their traditional format though – creativity has taken over.

We’ve seen a business card from a divorce lawyer easily torn down the middle and a survival training expert who penned his details on dried meat. There are cards that can be transformed origami-style into crates or furniture, while others serve a greater purpose, like removing caps from bottles, grating cheese or combing hair.

Upping the ante, motivational speaker Shed Simove has crafted a scratchcard of sorts, allowing people to “win” prizes. This includes his contact details – and even a kiss if you match three lip symbols.

By scanning the bar code at the back of the business card, you automatically gain his phone number.

Inspiration struck, he explained in a short video, after one of his speeches – Simove was quizzed about the concept of luck in the corporate world.

“Don’t believe in ‘luck’ as a driving force responsible for success because this mindset can be used as a reason why any of us might not start something new, as in: ‘I’m just not lucky, so why bother starting?’” he said.

“This dangerous psychological frame is highly damaging because any outlook in life that lessens your OOMPH at having a go at making your ideas come to life and tapping into your latent creativity, talent and judgement, will make you less likely to succeed.

“The fact is that ‘luck’ often accrues as you push harder and change tactics. The more you focus on a project, and the more you make sure that any variables that you can control give you a competitive edge, then the more likely ‘fortunate’ things will happen to you.”

Here’s his video in full:

Of course, Simove is no stranger to creative business cards. He was previously known for his “honest business card,” in which he indicates the reason – from one of five tick box selections – why you received his card.

They range from “the conversation lulled, so I did something to break the boredom,” to “I saw a weakness in your eyes and think I can exploit you in the future” and “I want to sleep with you”.

The latter option follows on from a dating app he created in 2016, which limited the number of male users to just himself. 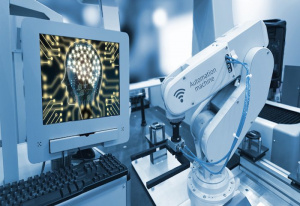 No longer science fiction: How AI is transforming health care