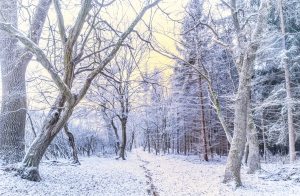 ‘The Importance of Winter for SMEs‘ predicts 400bn of revenue for the UKs small businesses during winter 2013/14, representing a seven per cent increase on the same period last year, and 12 per cent up since winter 2010/11. Wholesalers have the largest opportunity, with an estimated 130bn of potential revenue available, whilst retail and manufacturing businesses are looking to share a slice of 24bn and 42bn respectively.

The winter growth opportunity varies by SME sector. Educational businesses have the largest proportion of turnover in winter, as the long school and university summer break pushes work into other parts of the year. Winter is quietest for construction firms, who only generate around 22 per cent of their annual turnover between December and February. Yet the winter months also present a number of significant challenges for SMEs. The lead up to Christmas brings bumper sales for many retailers and other businesses, but this is typically followed by lower revenues in January and February. Severe weather can compound the pressures on small businesses. Cebr have forecast that a repeat of the kind of supply chain disruption caused by snow and colder weather in 2010 would cost the economy more than 1.9bn this winter, wiping 0.5 per cent off UK economic growth. The report highlighted several key trends facing SMEs this winter:

Sickness costs 200 a day per employee

A key period for retail and manufacturing

Winter is make or break for smaller retailers, who typically see around ten per cent of annual sales in December alone. This winter, SMEs retail sales in the same period look set to push over 24bn. The research also reveals that online shopping will play a major role in SME growth this year. Retailers without an effective digital sales channel stand to lose out on a share of the 1bn due to be spent online every week in December alone.
Whilst retail dominates the headlines, manufacturers also rely heavily on the winter season, with around 24 per cent of annual turnover falling in December, January and February.

Many SMEs continue to face significant difficulties in accessing the finance necessary to realise the growth opportunity. Over the past three years, small and medium-sized businesses have borrowed more than they have paid back in only three given months, indicative of an unfavourable credit market. However, research shows that credit conditions are on track to have made their most significant improvement in two years in Q4 2013. With new Funding for Lending measures coming into force in January 2014, the Centre for Economic and Business Research forecast that credit conditions will continue to improve. Image Source By Shan Schutte