The well-known idiom “one man’s trash is another man’s treasure” will be ringing true for an unsuspecting Californian woman, after doing a bit of spring cleaning. The as yet unidentified woman dropped off an old computer amid a box of electronics at a local recycling centre in Silicon Valley.

The computer was actually an Apple 1 – one of the first-generation desktop computers assembled by Steve Jobs, Steve Wozniak and Ron Wayne back in 1976. Only a few dozen of them are known to still be about today.

Victor Gichun, vice president of Clean Bay Area – the recycling company which made the discovery – said the woman had been clearing out her garage following the death of her husband and didn’t want a tax receipt. She didn’t leave any contact information, so when the workers uncovered the rare find a few weeks later, they had no way of letting her know the value of the item.

“We really couldn’t believe our eyes. We thought it was fake,” Gichun told a local TV station. His recycling firm then sold the Apple 1 to a private collection – for $200,000 – and as the company’s policy is to give back 50 per cent of items sold back to the original owner, he’s hoping to split the money with the woman.

Gichun said he remembered what the mystery donor looked like and is appealing to press for her to return in order to claim her $100,000.

“Tell this lady to please come over to our warehouse in Milpitas again and we’ll give her a cheque for $100,000.”

Last year, the original Apple computer, put together by Jobs and Wozniak sold for $905,000 (£563,878) at a New York auction. The duo assembled their first computers in the Job’s family garage in Los Altos, California, back in the summer of 1976.

The prediction for the first Apple 1 had been in the realms of $300,000 to $500,000, with the final price far outstripping the original estimates.

When Jobs and Wozniak first looked into selling Apple computers, there wasn’t much interest until Paul Terrell, the owner of Byte Shop, placed an order for 50 and sold them for $666.66 ($415.45). Following that, another 150 were produced and sold to friends and other vendors. The rest, as they say, is history – Apple recently reclaimed its title as the most valuable brand in the world. 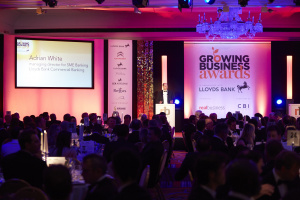 Could you be the next Ve Interactive, Zoopla or Fever-Tree?

Charlie Mullins: Trade unions look to, and live in, the past