According to study by University of Vermont economist Stephanie Seguino, who analysed global data from 1990-2010, the greatest progress towards gender equality has been made in education and life expectancy.

Globally, women’s total years of education is now 91 per cent of men’s, and in more than half the world’s countries, female education rates are now similar – or even greater – than men.

But despite these gains, women’s employment rates are still 30 per cent lower than men’s – even less so in some regions of Asia, Latin America, the Middle East and Africa. Furthermore, they face rising job segregation. The share of women employed in the relatively high-paying industrial sector has actually dropped by 20 percentage points since 1990.

These findings challenge the assumption that education translates into equal access to high-paying jobs and suggests greater policy interventions are required to close political and workplace gender gaps. Essentially, the mere belief that markets will fix the gender gap fails to account for centuries-old gender norms and male hierarchies that education alone can’t change.

Seguino further explained that education alone was not enough to solve any gender problems. “We need concrete policy tools to break down gender barriers, because the market’s ‘invisible hand’ is not working.

“Equal employment is crucial. Without equal access to quality work, women are vulnerable and disempowered. Moreover, their lower job status perpetuates the stereotype of men as the breadwinners of society.”

The gender gap remains widest in political representation. While political representation for women has increased compared to men – from 14 per cent in 1990, measured in government seats – they still remain woefully under represented at 25 percent, the study found. Legislative bodies in some nations, including Haiti and Qatar, still have no female members.

“Without women, governments are more likely to spend taxpayer money in ways that disproportionately benefit men – or at least ignore the extra burdens on women,” Seguino said. “We need women in government to ensure their life conditions and needs are reflected in these policy and funding decisions.”

In some nations, manufacturing declines leads to male job losses, while women’s employment increased as the service sector expanded. According to Seguino, this leads to gender conflicts, as men perceive their ability to fulfil their breadwinner role is weakened by women’s rising employment.

“For men to take a lower paying job is a real challenge to their gender identity, and that can create a gender conflict that we rarely discuss,” she said.

This is crucial for policymakers to address, Seguino added: “We won’t have the political support for the investments and policy changes needed to improve women access to work, if it’s assumed that policy makers are promoting women’s wellbeing by making men worse off.”

Young kids have a tendency to say how we all often feel when we don’t need to worry about the apparent weight of the world on our shoulders. With that in mind, we unveil what they had to say about the gender pay gap. 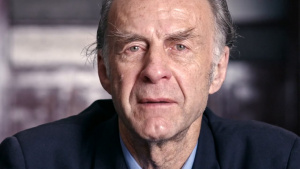