Reactions to this week’s six-monthly update by Cranfield Management School into women’s representation on FTSE boards has been, to put it mildly, mixed.

At first glance, a rise in the percentage of women in the boardrooms of the UK’s largest 100 companies would seem encouraging. The latest figure is 15.6 per cent, vs 12.5 per cent in March 2011.

But the challenge laid down by Lord Davies of Absersoch in his 2011 report – that women should account for 25 per cent of FTSE 100 board directors – still seems some way off. “UK plc fails women” thundered the Daily Mail in its reaction. Liz Field, CEO of the Financial Skills Partnership, said that other research indicated that “female participation at this level is actually declining rather than rising.” Cut this latest research a different way, and you find one-tenth of FTSE 100 companies with no women at all in the boardroom.

Dr Liz Nelson, the trailblazing founder of market research giant Taylor Nelson who took the business public in 1985, says that the latest numbers reinforce the need to set quotas: “I was disappointed but not surprised with the latest figures. The 15.6 per cent of board directors in the top 100 FTSE companies hides the fact that few of them are executive directors. We must accept that many companies quoted on the London Exchange are foreign companies and they believe that we are ‘do gooders’ when it comes to female directors. There is plenty of research evidence that shows that you can affect attitude change, but you have to bring in a strict rule to change behaviour.”

Nelson was named Lifetime Achievement Award winner at the 2011 First Women Awards, in association with Lloyds Banking Group, and she – along with other leading UK businesswomen – are encouraging women to put themselves forward for this year’s awards.

Launching the First Women Awards two weeks ago, Phyllida Lloyd, director of The Iron Lady, spoke of the loneliness faced by Margaret Thatcher on becoming the first ever female prime minister of the UK: “How it must have felt to sit around the table with guys who were groomed from childhood to feel entitled to be prime minister?”

You can now make nominations for the 2012 First Women Awards, which were created by Real Business and the CBI in 2004 to recognise trailblazing women whose achievements/”firsts” have opened up opportunities for others to follow.

You can make nominations in the following categories:

To make nominations, visit www.firstwomenawards.co.uk or email Alexis Carlson on alexis.carlson@caspianmedia.com or call the First Women Awards on 020 7045 7600. 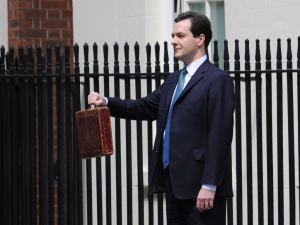