The Women of the Future Awards 2010, in association with Shell, brought together over 500 people at the London Marriott Grosvenor Square last night.

“I’m proud to be here again,” said patron Cherie Blair. “These awards get bigger and better every year.” Presenting the award for the Professions Woman of the Future, she quipped: “I was a Woman of the Future in this category once upon a time! When I entered the legal profession in 1976, just ten per cent of entrants to the bar were women.”

Clegg (who, usually, was joined on stage by his wife Miriam González Durántez) told the audience he’d attended three awards ceremonies in 24 hours and was disgruntled by the fact that “I haven’t been nominated for any awards so far”. He added: “The world of politics is still so dominated by men – it’s liberating to spend time with you all. You are all role models in your own right.”

Indeed, all were there for one reason: to celebrate Britain and the world’s future female leaders. The sheer diversity and variety of talent among the shortlist was phenomenal: as Pinky Lilani, the awards’ creator, said, “Where else in Britain – or indeed the world – would you meet circus producers, hedge fund managers and inventors all in one room, on one night? This really is a kaleidoscopic programme.”

Looking at the winners, and indeed the shortlisted candidates too, the future looks very bright, led by strong women.

Here is the full list of winners – check back for photographs.

Professions Woman of the Future (supported by Sodexo)

Raina is a surgeon who graduated from Malta and trained in Australia and the UK. Today, Raina successfully combines a research fellowship in studying skin reconstruction of severe burns with a thriving private practice. As well as doing voluntary work with burn victims in Nepal, Raina has recently launched the Academy of Aesthetic Excellence.

Entrepreneurial Woman of the Future (supported by Visa Europe)

Former Tatler editor Thea was inspired to launch a chain of nail bars during her frequent visits to New York. She opened her first Nails Inc bars, offering speedy 15-minute manicures, in 2000. The following year, she introduced the three-week manicure, a revolutionary concept using organic gel. In 2003, Nails Inc set up its own training academy for beauty therapists in London and, two years later, the luxury “champagne nail bar” was born. Thea has gone on to open sister brand Get Lashed and create new products including crystal cap polishes and Swarovski crystal procedures. Picking up the award last night, she thanked the 450 (mainly female) employees at Nails Inc: “They’re my women of the future”.

Science and Technology Woman of the Future (supported by Shell)

Born in India, and a graduate of business studies from the University of Hertfordshire, Rina is an accomplished IT and diversity advocate who is passionate about public sector innovation. Her initiative, Charity Chums, reflects her dedication to supporting young enterprise within the local community.

Business Woman of the Future (supported by ASDA)

Following a mechanical engineering degree at Newcastle University, Lucinda did a one-year stint with British Gas before joining energy giant Centrica as a project engineer. During her seven years with the company, her roles have included co-ordinating contractor work, acquisition integration and process improvements. Lucinda is currently responsible for Centrica’s new nuclear projects, briefing stakeholders and keeping abreast of all government and regulatory risks.

For this former Goldman Sachs analyst, a trip to a YMCA swimming pool in the US sparked the desire to set up a charity: “There was no outdoor ramp to accommodate the wheelchair belonging to my brother, who is paralysed from the chest down. I decided to do something that would raise funds to find a cure for spinal cord injuries.” Carolina set up The Walkabout Foundation and, last summer, walked 500 miles over four weeks on the mountainous path from Biarritz to Santiago de Compostela – raising more than $160,000.

Media Woman of the Future

Lisa is the launch editor of Stylist, the first freemium weekly women’s title and the fourth biggest women’s magazine by distribution. She previously worked as an editor at More, Smash Hits and Bliss, where she scooped a BSME Editor of the Year award. She also presented a TV series for Channel 4 called Make Me A Grown Up.

Arts and Culture Woman of the Future (supported by Hobbs)

Bola came through the Royal Court’s Critical Mass programme. Her debut play Gone Too Far! premiered at the Royal Court in 2007, and won an Olivier Award for Oustanding Achievement and a Most Promising Playwright nomination at the Evening Standard Awards 2008. Her other plays include If Things Were Different, In Time and Anything You Can Do, Everything Must Go for Soho Theatre. She is currently under commission for the Royal Court Theatre and is a tutor for the young writers’ programme at the Lyric Hammersmith theatre. “I feel like Cinderella,” she said last night. “I still have a day job and I had to beg my manager to give me time off to attend this event.” She added: “Writing a play is hard work – especially now the UK Film Council has been scrapped.” (It’s a shame Clegg wasn’t around at the point to hear the dig!)

After leaving school at 16, Gemma worked her way up through a series of chef jobs near her home in Kent before landing a junior position in Gordon Ramsay’s kitchen at Claridge’s at 18. Her mentor instantly saw her potential: “Gemma had a single-mindedness that was almost unnerving. She held her own in that kitchen as a chef de partie.” Her training included an 18-month stint in the kitchen of Guy Savoy, the legendary Parisian chef. Gemma is now the head chef at Manson, a new restaurant, brasserie and grill in London’s Fulham.

Tabitha arrived in London from the Democratic Republic of Congo in 2006 and has shone as a scholar, completing the University of Cambridge’s Fast Forward Maths Programme and impressing the team at the London School of Hygiene and Tropical Medicine during her work experience there. For the past 18 months, she has been volunteering for the Klevis Kola Foundation, helping children from refugee and asylum-seeking backgrounds with English and school work.

Mentor of the Year (supported by Booz & Company)

Responsible for the largest Cisco operation outside of North America, Phil is also an advocate of networking technologies to the region’s business and political leaders. Keen to encourage the next generation, Phil is a regular speaker on the future of the internet and a regular panelist for the Sunday Times Enterprise Network and also sits on the board of Young Enterprise and e-Skills UK.

The Women of the Future Corporate Award (supported by AVIVA)

The Olympic Delivery Authority (ODA) is using the power of the Olympic Games to inspire change in the construction industry. By challenging stereotypes, the ODA has raised construction industry standards in promoting women in the workplace, helping to establish an environment where women in construction can flourish. As she collected the award, Alison Nimmo, director of regeneration of the ODA, said: “I know it’s unfashionable to say this but this project is on time and on budget!” 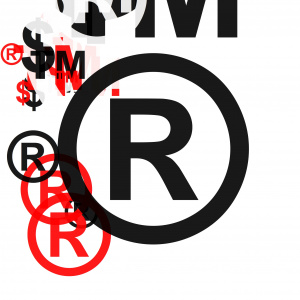 How to compete with a dominant brand 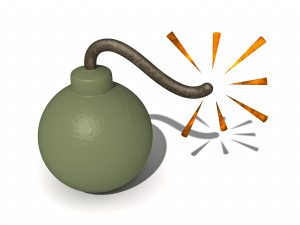 Pensions time bomb: how much will it cost you?