A doctor-turned-entrepreneur, the founder of a cult beauty brand, and an Asda checkout girl who became manager at Asda’s top-performing store worldwide, picked up three of the top awards at the November 20 Women of the Future Awards, held in association with Shell.

Now in their seventh year, the awards recognise outstanding females aged 35 and under, with Kate Hersov (pictured, centre, with James Caan and Helen Sachdev of Barclays), a doctor turned entrepreneur, and Nicola Elliott, founder of cult beauty brand NEOM, sharing the spoils in the Entrepreneur of the Future category.

She was honoured for the “outstanding innovation” of her business idea, which provides medical information to young people using comic books to explain complex concepts such as organ transplants, depression and HIV. Since launching, Medikidz has created more than 48 titles and distributed more than a million books worldwide in 25 languages.

Nicola Elliott, who sold her car to invest in her vision of starting a beauty brand, was described as a “classic entrepreneur” by the judges and was commended for her “huge personal investment and self-sacrifice”. Mother-of-two Nicola launched her organic bodycare and fragrance company in 2005 with only five candle varieties, and has since grown it to a global brand with celebrity followers including Kate Moss and Sienna Miller.

Also recognised for her rise from checkout girl to running the UK’s most profitable Asda store was Lindsay Goldsbrough, who was named Business Woman of the Future. Under Lindsay’s leadership, and with what the judges described as her “deep-rooted competitive fight”, this Christmas Asda Boldon will generate the most revenue out of all parent company Walmart’s stores worldwide.

The Women of the Future Awards were founded by Pinky Lilani OBE and Caspian Media to champion young women making their mark in the business, professional, arts, media, and science and technology sectors.

Other winners at tonight’s ceremony in central London were:

Since 2007, the Women of the Future Awards have unearthed a wealth of unique stories about young women shaping the future. Last year’s shortlist included Kris Hallenga, who founded breast cancer awareness charity CoppaFeel! at only 23, and Zoe Jackson, founder of performing arts company Living the Dream. Since being nominated for the awards, the two women have gone on to work together to produce flashmob performances to raise awareness of breast cancer.

Pinky Lilani OBE, founder of the awards, said: “These awards are incredibly special because they celebrate women still at the beginning of their careers and with the potential to go even further. So many of their stories usually go unheard so it is a pleasure to be able to share the talents of these exceptional young women.

“We hear so much about the shortfall of women at the top of UK organisations and the lack of an executive pipeline – well, here it is. Here are our women of tomorrow, the future of our economy and the young people who will shape our country in years to come. Looking through tonight’s shortlist I have no doubt that the future is very bright for all of these candidates and that each individual is set to have a remarkable impact on her sector.”

Cherie Blair, patron of the awards, said: “Congratulations to all of tonight’s winners, many of whom have overcome personal hardships or are embarking upon new ground. The calibre of women in this year’s shortlist truly is outstanding and this abundance of talent is why I am such a passionate supporter of the Women of the Future Awards.”

Graham van’t Hoff, chairman of Shell UK, added: “The Women of the Future Awards are a vital platform for celebrating and rewarding some of our country’s most promising young women. They provide much-deserved recognition for the UK’s future game-changers and introduce candidates to a whole network of other inspirational and pioneering role models.

“One of the most exciting things about the programme is the lasting impact each award has on its respective winner. This goes far beyond the awards ceremony. Over our seven-year partnership with the Women of the Future Awards, it has been incredibly rewarding to see how previous winners have used the accolade to further their achievements and inspire others.” 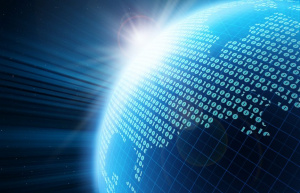 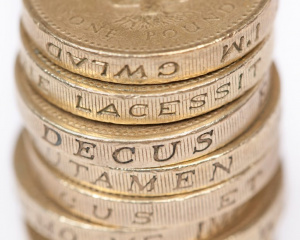