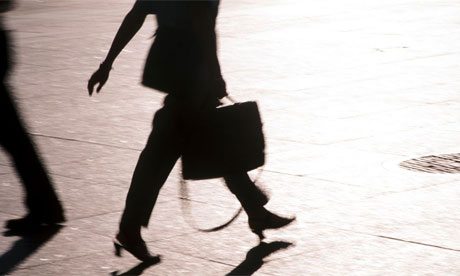 As of the end of February 2012, women account for 15.6 per cent of all directorships within the FTSE 100, up from 12.5 per cent. This is the largest-ever annual increase in percentage of women on boards.

Are Britain’s boards making the voluntary approach to parity work? It’s only been one year since Lord Davies’ published his report on women in the boardroom, so this is a good result. Female representation is heading in the right direction. Some 47 female appointments have been made in FTSE 100 firms since publication of the women on boards report last February, and only 11 all-male boards remain, down from 21. The FTSE 250 is also showing signs of improvement, with all-male boards being in the minority for the first time ever (112 companies). Women now account for 9.6 per cent of all directorships in the FTSE 250, up from 7.8 per cent. “Some excellent work has taken place,” says Lord Davies, “but efforts need to be ramped up and the speed of change accelerated if we’re to avoid government interference.” With EU Justice Commissioner Viviane Reding threatening to tighten things up with quotas if businesses don’t improve female representation themselves, it is more important than ever for UK plc to take the lead.  This is not just important for businesses in Britain, but for businesses across Europe. If the UK can make the voluntary approach work, other countries will follow. Lord Davies’ report proposed that FTSE 100 boards aim for a minimum of 25 per cent female representation by 2015. To date, 17 companies in the FTSE 100 have already reached the 25 per cent target and a further 17 are currently between 20 and 25 per cent. Britain’s boards are on track: Cranfield School of Management’s Female FTSE report, also out today, shows that should current momentum be maintained, a record 26.7 per cent female board representation in FTSE 100 companies would be achieved by 2015.

“This report provides real evidence that business is taking the issue of board diversity seriously and is working to bring about the necessary changes. It demonstrates why we don’t think quotas are necessary at the moment as the UK is making the voluntary approach work.”