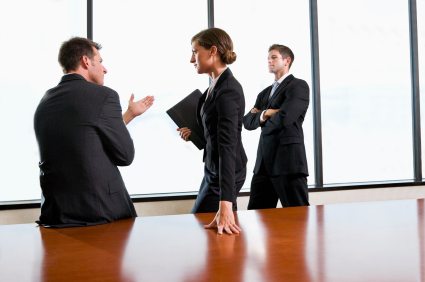 Looking back at 2012, it looks like an extraordinary year for women and boards.

Look at these few leaps toward gender equality: The number of women holding FTSE 100 board seats is 169 (holding 194 seats), an increase of 28 on the 2012 figures. The overall percentage of female-held board directorships is 17.3 per cent, an uplift of 2.3 per cent on last year’s figure. The number of FTSE 100 companies with all-male boards has dropped to seven, and two thirds of the FTSE 100 have more than one woman on their board. These numbers sound extremely encouraging. Unfortunately, the sharp increase in the percentage of new appointments going to women on both FTSE 100 and 250 boards, was very short-lived. Over the past six months they have dropped. Now, data released by Cranfield School of Management showed that the drive to increase female board representation has stalled. This, to many women, is a discouraging step back. “It is clear to see that many firms have once again become complacent about women on boards, instigating a big push when the initiative was proposed, then neglecting it once discussions have died down. It’s one step forward and two steps back,” said Beatrice Bartlay, managing director of staffing agency 2B Interface. Women currently make up 17 per cent of board posts in the FTSE 100, well below the 25 per cent target recommended by a government-commissioned review two years ago. Business secretary, Vince Cable has warned that companies may now face quotas to ensure equality is kept on track – an unwelcome prospect for most business leaders. “Employers may argue they should be able to choose the best person for the job without worrying about targets and the person employed should know that they are there on their own merit, not as a token,” commented Catherine Wilson, partner at Thomas Eggar LLP. “Other commentators have expressed the view that certain chairmen may be choosing to ignore the issue in the false hope that it will go away.” “This could be dangerous. It is clear that the government still prefers the voluntary approach, however Cable’s latest warning could be seen as a last chance to improve the numbers and address the issue on a voluntary basis.” Further pressure on quotas could be exerted by current EU proposals to set a EU wide target of 40 per cent female non-executive directors by 2020. According to Cranfield, the original target of 25 per cent female FTSE 100 board directors should be met in 2015, given that FTSE 100 firms can regain the one third/two third ratio of female to male appointments.

Some businesses are doing their bit

Posterchild of the FTSE 100 “equality ranking” this year is Burberry, with three women directors out of eight. Both the chief executive and chief financial officer roles at Burberry are held by women. It is the only FTSE 100 company that has two female executive directors (Eds). Take an example, anyone? As Bartlay summed up the issue nicely: “Businesses need to think more broadly about the value a female perspective can bring to a company’s performance and profit margins. They must be rid of the negative attitudes surrounding the idea that a woman’s ability to do the job suffers if they also have a family. FTSE 100 firms must cast a wider net to bring in talent, and promote from within to nourish internally too – just a small change in attitude can go a long way to improving the diversity of a company. “There are many businesswomen who have proven that they are just as capable of running the show as men. It is a huge shame that there still remains this glass ceiling stopping women from rising to the top spots within the UK’s best businesses.” To hear from some female leaders who have definitely proven Bartlay’s point, join us at the Women of the Future Summit, 15 May, a day to help businesses build world-class female-friendly organisations and inspire female leaders.