“The most successful companies are those where there is a balance of male and female viewpoints.”

I’ve seen time and time again that the voices of both genders need to be given equal weighting to achieve great results in business. Men tend to be more concerned with the financial aspects whilst women are more people orientated. Women nurture businesses and trust that the money will come. They develop people alongside process.

The 2012 Legatum Prosperity index shows Norway and Denmark as the two most prosperous countries. These are both nations where businesses value the contribution of women.

I believe that the government’s initiative to get more women on Britain’s company boards is long overdue. In fact I support the idea of quotas – unless we recognise and encourage the attributes women bring, we are missing a trick.

From 2005 to 2011, companies with female board members outperformed those without women on the board on share price and return on equity. Women make up nearly half of the UK workforce, but these statistics are not reflected at corporate board level.

Employing talented women at this level is no longer seen as “the right thing to do” but also the most rational thing to do if a company is interested in improving its bottom line. Greater diversity on the board yields better business results for the company as it becomes more reflective of its customer base.

I understand that sometimes women lack the confidence to speak out. I was beaten as a child and had a stammer and this initially hampered me, but I went on to found one of the first enterprise centres for women.

I was also recognised as one of the 100 Brilliant Women of Britain two years running for the work I did in the field of female entrepreneurship. I have also won a national Trainer and Speaker award. My advice to others is to face your demons, get over your limiting beliefs and do a lot of work on yourself.

I wasn’t academic at school, but since I’ve learned about how I learn, I’ve completed lots of studies including an M.A. in Entrepreneurship. It isn’t easy. I say, how hard are you going to let it get before you do something? What doesn’t kill you makes you stronger.

Women need to appreciate their own qualities, uniqueness and personal brand before they are comfortable sharing their opinions in business.  They need to understand their personal operations manual and be who they were born to be, not mimic others.

One of my first big speaking occasions was presenting awards at the first Welsh Woman Of The Year Awards, which was shown live on television.

I was really, really nervous, but on the night I threw away the scripts I’d been given and spoke about what my gut instinct told me really mattered and which I knew would engage the female nominees and the audience.

When you speak with purpose and align to who you really are the confidence comes and I’m delighted to say that one of the award winners on that night, Margaret Carter is now patron of I AM WOMAN so I think she must have believed in what I said too! If you are in a business which doesn’t let you speak with your true voice, I say leave and find another business or create your own.

I encourage women not to think they have to be perfect before they speak out.  When we give up our fear of others we can enjoy being our imperfectly selves. Trust it’s ok, trust you are enough and take small steps.

Cheryl Bass is MD of I AM WOMAN business clubs. 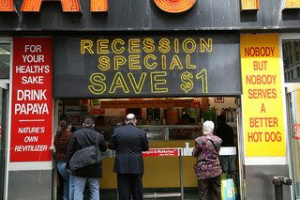 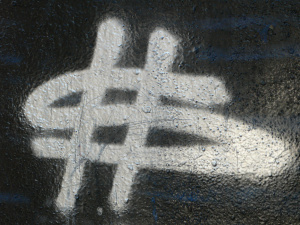 Your customers want to pay you more – so let them!