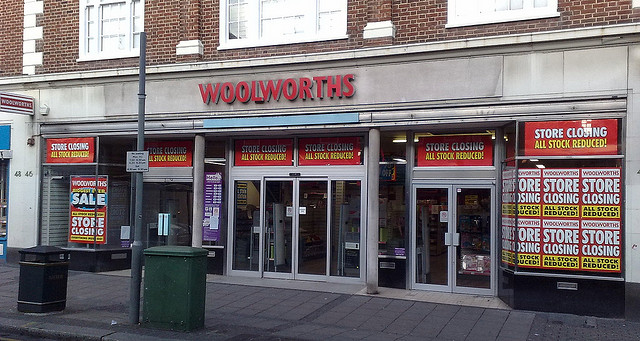 Share via
The Advocate General is expected to deliver his opinion in relation to the case of thousands of former Woolworths and Ethel Austin employees who were made redundant in 2008 and 2010, but missed out on millions of pounds in compensation, in three days time. Unions acting on behalf of the affected staff brought claims in the Employment Tribunal for protective awards. However, over 3,000 staff who worked at smaller Woolworths stores and 1,200 former employees of Ethel Austin did not receive these awards at the initial Employment Tribunal in 2010, whilst former employees who worked in larger shops did. This was because the Tribunal decided each individual shop counted as one ‘establishment’ for the purposes of section 188 of the Trade Union and Labour Relations (Consolidation) Act 1992 (TULRCA). According to the lawyers at Irwin Mitchell, this states that: “Where an employer is proposing to dismiss as redundant 20 or more employees at one establishment, within a period of 90 days or less, the employer shall consult about the dismissals [with] appropriate representatives of the employees.” Read more about the latest in employment law: The USDAW union appealed to the Employment Appeal Tribunal (EAT) on the basis that this approach to working out what is an establishment is contrary to the Collective Redundancies Directive. The appeal was successful and the EAT ruled in 2013 that the words ‘at one establishment’ must be disregarded for the purposes of any collective redundancy involving 20 or more employees. Compensation totalling millions of pounds was awarded to staff working in smaller stores who had not been consulted with over their redundancy. The case was then heard by the Court of Appeal and the matter was referred straight to the Court of Justice of the European Union (CJEU). This was heard last November and a decision by the Advocate General is expected on 5th February 2015. Omer Simjee, an employment partner at national law firm Irwin Mitchell, said: “If the court decides that the Employment Appeal Tribunal was wrong and the original wording of the UK’s Trade Union and Labour Relations Act is compatible with the European Directive, it could have huge implications for UK businesses that operate from a number of sites. “UK businesses will be keeping their fingers crossed as the impact of these decisions has made large scale redundancies more expensive and complicated as they’ve had to employ all affected employees across a number of sites for longer due to redundancies not being possible until the consultation period has been completed.” By Shané Schutte Image source