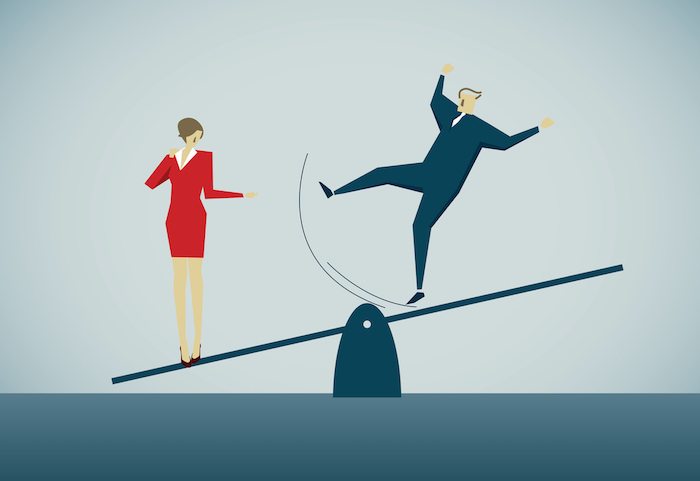 Share via
Findings from Totaljobs cautioned that Britain’s employers are guilty of using unconscious gender bias during the hiring process, a result of certain word choices. Previously, the University of Waterloo and Duke University revealed the unconscious gender bias terms that were used in the US, indicating which were female-coded and male-coded and linked to gender stereotypes. As Totaljons seeks to raise awareness of unconscious gender bias in what has been called the largest study of language used in UK recruitment, some 76,929 job adverts were analysed over a six-week period. Results revealed 478,175 female and male biased words were used – an average of six words promoting unconscious gender bias every advert. The five most common male-biased words used in UK job descriptions are: (1) Lead – 70,539 mentions (2) Analyse – 35,339 mentions (3) Competitive – 23,079 mentions (4) Active – 20,041 mentions (5) Confident – 13,841 mentions The five most common female-biased words used in UK job descriptions are: (1) Support – 83,095 mentions (2) Responsible – 64,909 mentions (3) Understanding – 29,638 mentions (4) Dependable – 16,979 mentions (5) Committed – 13,129 mentions A senior revenue manager post possessed the most male-coded words with 67 in its description, with 46 female-biased words in a residential worker advert and 44 in nursery nurse. David Clift, HR director at totaljobs, said: “We release one of the most comprehensive studies of the language of recruitment ever carried out in the UK. Employers have taken great strides in driving greater opportunities for employees but these findings showcase exactly how much further we have to go to promote diversity and equal opportunity across every sector of the UK economy.” Interestingly, job descriptions for senior openings were likely to have unconscious gender bias in favour of men, with male-coded words. This is revealed with the breakdown of the following jobs: (1) Head – 1,013 jobs (50 per cent male bias / 36 per cent female bias) (2) Director – 582 jobs (55 per cent male bias / 32 per cent female bias) (3) Partner – 320 jobs (52 per cent male bias / 34 per cent female bias) (4) Chief – 45 jobs (64 per cent male bias / 36 per cent female bias) On an industry basis for unconscious gender bias, consulting, sales and IT were more likely to use male-coded language in senior roles, while social care was the sector most likely to use female-coded language. Other sectors with female-favoured posts include: (1) Education – 1,772 jobs (67 per cent female bias / 25 per cent male bias) (2) Customer Service – 3,091 jobs (50 per cent female bias / 35 per cent male bias) To help put an end to unconscious gender bias, Totaljobs has launched an online tool called the Gender Bias Decoder, which allows employees and employers to sift through documents including CVs and job descriptions to ensure they’re free of any coded language. Clift continued: “It is clear that gender stereotypes in relation to certain roles are so entrenched, the market needs to take action to address this. Only by addressing the unconscious bias that still exists at the very start of a candidate search, can we move towards truly diverse workforces and make inroads in tacking major challenges like the Gender Pay Gap. “We hope both recruiters embrace the new Gender Bias Decoder and take the opportunity to do the ground work to help them avoid perpetuating the issues that April’s new legislation will seek to address.” [rb_inline_related]