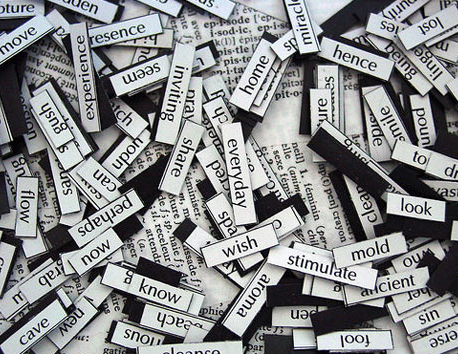 Language changes, like everything else. We speak differently now from the way we spoke 30 years ago, so it?s hardly surprising that we write differently too. New technology, in particular, has opened up entire new worlds of business and communication, for which we need new vocabulary.

When the likes of Thatcher, Reagan and Gorbachev were making history in the 1980s, no one blogged or tweeted about it, or skyped or facetimed their friends. No one was able to google words like perestroika. And no one took selfies at international gatherings. It?s not just that we use new words; it?s that we have given new meaning to old words as well. Nowadays, if you?re well connected, you are probably talking about broadband and wifi rather than the people you know. Some things stay the same, however, and one of those is the business world?s tendency to abuse language, whether out of laziness or a deliberate desire to hide the truth. Perhaps I?m lucky in that the business I run depends absolutely on clear communication. We have to understand what our customers want. We have to explain ourselves in words that people all over the world can understand. And we have to speak and write clearly to each other. If we fail in any of these fundamentals, we are likely to lose business. Elsewhere, the onward march of jargon and euphemism sometimes seems unstoppable ? in spite of the fact that there have been plenty of studies over the years showing the link between success and clear language ? and conversely, the likelihood that people who use abstract, evasive language are actually trying to hide things. Think back to the 2008 credit crunch, and we can see now that the more impenetrable the jargon became, as ?credit default swaps? gave way to ?synthetic collateralised debt obligations?, the deeper the problems became. Everyone uses the odd euphemism. Just think of the peculiar words and phrases we use to describe certain parts of the body and bodily functions. We?re the same when talking about death and suffering. Some of us remember Alexander Haig, the former US general and politician, describing civilian casualties as ?collateral damage? or ?countervalue targeting?. Nowadays, business leaders are always trying to find new expressions for firing people ? like downsizing, rightsizing, transitioning or most recently the bizarre ?demising of roles?. Some of that unwillingness to confront uncomfortable facts of life is understandable, but it?s a slippery slope. It distances us from reality and can only diminish understanding, especially when the language becomes downright pretentious.  We all have our pet hates. Personally, I tend to switch off when people talk about leveraging synergies or drilling down for greater granularity. I tend not to trust those who use the language of therapy to talk about ?aligning behaviours? when all they really mean is getting others to do what they want. And I wish people would honestly confront problems and difficulties instead of disguising them as ?issues? or ?challenges?. Microsoft’s Satya Nadella So congratulations to Satya Nadella, the new boss of Mircrosoft, who declared in his first letter to staff: ?Our industry does not respect tradition ? it only respects innovation.? In these few words, he was honestly acknowledging all the ways in which Microsoft had lost out to Apple over recent years.