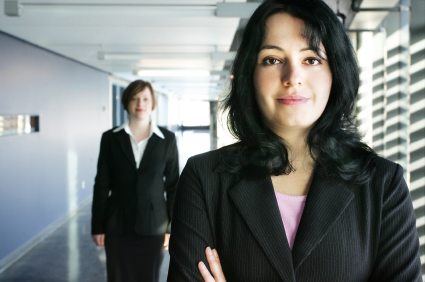 Every second employer believes that working mothers could boost their company’s productivity, new research by flexible office provider?Regus’ new revealed. Questioning 4,000 UK businesses, it turned out that an overwhelming majority of companies recognise that flexibility in location is just as vital as flexi-time for attracting mothers back to the workforce.?

These findings are vital in times when the cost of childcare in the UK has increased to one third of the net household income on average, and childcare costs increased by more than six per cent over the last year, according to the?Daycare Trust.

Mothers often switch to jobs with less hours to make time for their children. But with advanced technology working in our favour, the need for a more flexible lifestyle has kicked into gear.

Celia Donne, mother and global operations director at Regus, says that ?the benefits of higher participation [of mothers] in the workforce are widely recognised, from increased GDP, sustained economic growth and bridging the skills gap.?

The report, however, suggests that companies are not practising what they preach. Inflexibility in workplace attitudes and practices are still holding professional women back.

Under half of senior managers are incentivised to create a flexible workforce while 72 per cent of managers think that staff arriving early and leaving late are generally more hard-working. It seems that the twentieth-century legacy of having to be “seen at your desk” day in, day out, is particularly detrimental to women’s career paths and their contribution to the economy; despite 90 per cent of workers testifying that flexible working is more family friendly. More radical changes to workplace practices are required.

?Evolution in the workplace towards a more flexible way of working, both in terms of attitudes and physical space, will have a huge positive impact on women’s employment opportunities,? Donne concludes.

UK workforces continue to lose able and trained workers with key skills and qualifications as women often find the burden of childcare cannot be reconciled with working life.