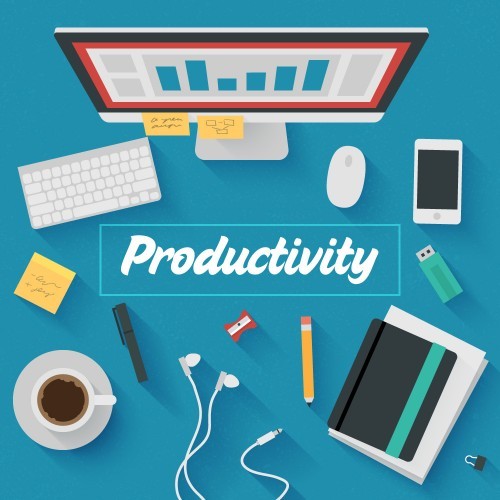 In the long run, productivity is the key determinant of success or failure, both personal and national. But there are really only two ways to improve productivity: either work harder, which in corporate or national terms means working more hours; or work smarter, producing more with the same or less effort. The problem in Britain, since the economic recession of 2008, is that we appear to be doing neither.

Economists, politicians and business leaders are increasingly concerned about the UK’s “productivity puzzle”: how can our economy, which has outperformed other developed nations in most respects, lags behind in terms of productive work. The numbers are shocking, with ONS figures showing all G7 nations except Japan are more productive. Our hourly output is over 30 per cent below France, Germany and the US, and over 20 per cent below the G7 average.  Longer working hours in the UK means the actual output per worker is not so far off some of our competitors, but the average French worker still produces as much in four days as a Brit manages in five. Americans, who work longer hours, are over 40 per cent more productive: they could take Thursday and Friday off and still match UK performance. In theory, if UK workers were to match the productivity of their French and German counterparts, the economy would benefit by £600bn. GDP per capita would be nearly £38,000, rather than £28,500 it is today.  The real puzzle, however, is why UK performance has nosedived since the recession. Until 2008, productivity growth in the UK averaged between two to three per cent per year. The UK has taken seven years to reach its pre-recession level, with the gap between current productivity and the pre-crisis trend being estimated at 15 per cent in 2015. It’s not that they’re lazy. They’re held back by a number of factors, including skills shortages, poor infrastructure, outdated technology, rigid structures and poor communication and increased regulation and red tape. Read more about increasing productivity in your business: The UK economy has done well in spite of these shortcomings, because its people are cheap. Excluding the former Eastern Bloc states, the only EU countries with lower hourly wage rates are Greece and Portugal. Labour supply has grown strongly and there has been a disproportionate growth in low productivity jobs. If Britain is to remain prosperous, however, its future cannot be a low skill, low wage economy. The focus must be on increasing skills and productivity.

The last five years have witnessed a massive change in the availability of information and corresponding changes to our habits. In particular, smartphones and tablets have taken off thanks to the development of better touch screens, longer-lasting batteries and faster transfer rates. High-speed connections are made possible by nationwide 3G and 4G coverage, ubiquitous wireless networks and widespread availability of fibre-optic fixed lines. There has been an explosion in social media usage, with news and ideas spreading further, faster. Better connectivity and virtualisation have also dramatically increased what can be achieved using the flexibility and cost efficiencies of cloud computing.

Looking to the future

A report by Oxford Economics predicted that overall UK productivity would increase by 10.7 per cent between 2015 and 2020 (compared to 3.2 per cent in the last five years). Manufacturing productivity is expected to rise by 15.5 per cent. The reward for these improvements is anticipated as a 12.4 per cent rise in real disposable incomes, the creation of 1.3m jobs and a 35 per cent increase in the value of exports. These gains will be driven by greater adoption of new technologies, and wider dissemination of best practice. However, bosses which fail to unlock the capabilities of their workforce are destined to fall by the wayside. This is particularly prominent as international competition grows, and new technologies make it easier for new entrants to establish themselves and reach out to customers. Nonetheless, for those prepared to rethink the way they do things, the potential rewards are huge. Research and theories have all claimed to possess the answer or dismissing the UK as being one of the worst for productivity in Europe. Plenty of column inches have been filled and negativity created as a result, yet while externally, business leaders insist they are looking to overhaul this, very little seems to be occurring in the form of change.  Jack Bedell-Pearce is managing director at 4D.